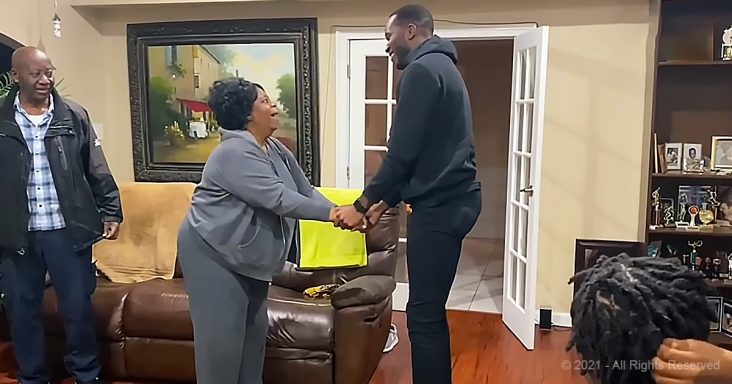 A military mom had no idea her Marine son was about to walk through the door and surprise her with a casual tap on the shoulder.

When Lance Corporal Abasiano Udofiah learned he would be returning home after months away from serving in the Marines, he wanted to make it special for his biggest fan.

His mother had always considered her son a hero, and during his absence, she filled the family home with photos to keep him always close to her heart. 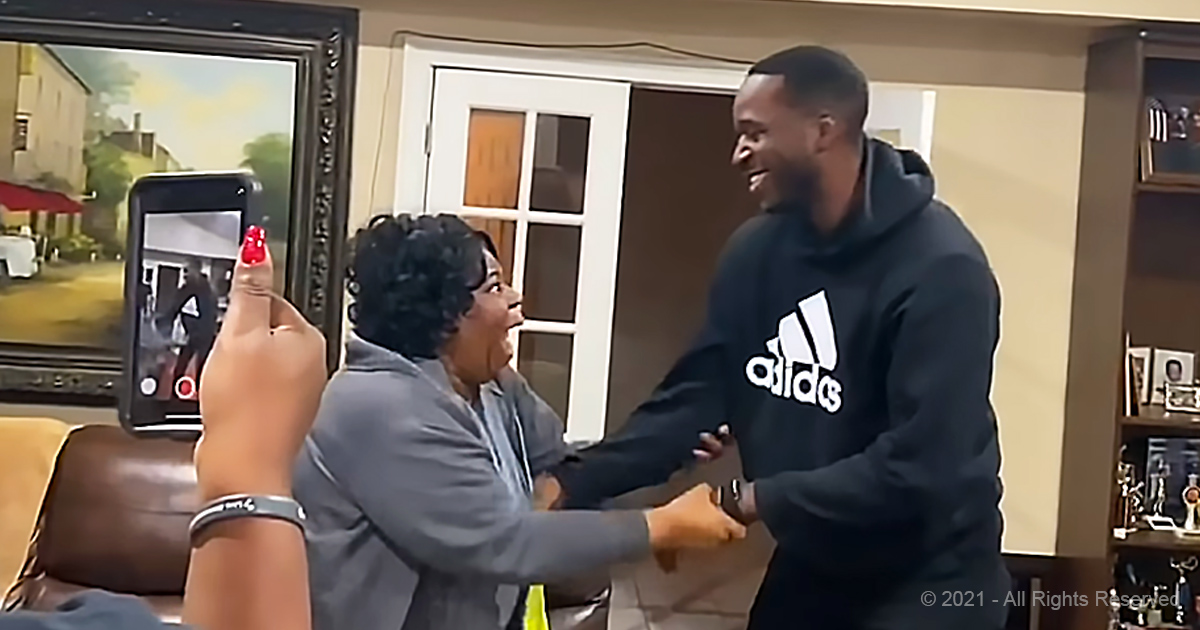 Before returning, Udofiah contacted his family to alert them – and ask for a favor. Together, the family agreed to keep his return secret from his mother.

During a family gathering, Udofiah’s mother was told that they were taking family photos. While the camera rolled, Udofiah walked through the door and tapped his unsuspecting mother on the shoulder.

She screamed with delight, jumping from the couch to hug the child that she had missed for so long. It was an incredible and heartwarming reunion for the entire family. 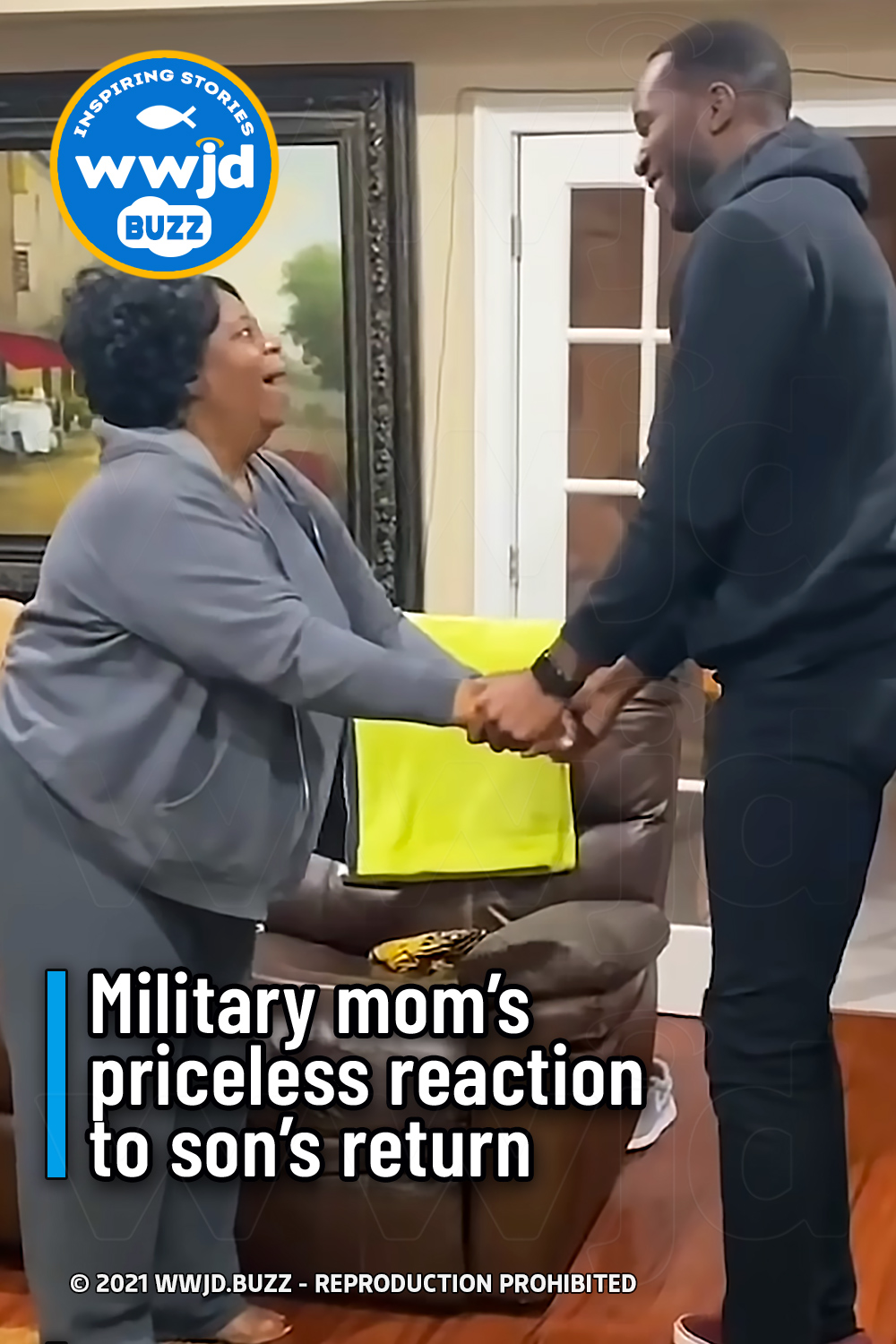