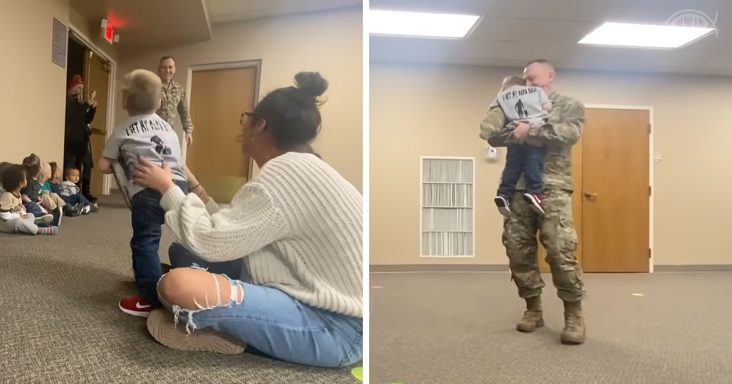 A three-year-old boy got the surprise of his life when his father walked into his daycare upon returning from deployment. Given that the father had spent a year away on deployment, the boy’s ecstatic reaction was perfectly normal.

If the moment captured on video gets you all excited, perhaps the backstory will impress you more. The boy, Tatum, made make-believe that a doll he was playing with would assume his father’s role.

With more than a year since he saw his father, his teacher, Ms. Johnson, inquired how the boy would react if he saw him. For Tatum, it seemed pretty obvious; he shared he would give his beloved dad a “big squeeze.”

As the video shows, his father, Michael, walks into the Kids First Daycare Center and immediately locks his eyes with Tatum. Shocked, Tatum quickly rises to his feet and embraces his father.

While the deployment had clearly made the young boy miss his father, things weren’t so rosy for the mom either. In fact, it’s safe to say that it was a challenging moment for the whole family.

As she explained, while her husband had chosen his career, the sons didn’t get much input into the whole story. That said, she was happy with his return since she believes that happier days lie ahead.

Brittany also shares that she hopes the video shows people the reality of a military child’s life. Strikingly, Tatum has been away from his dad for half his life already. Then again, he’s only aged three. 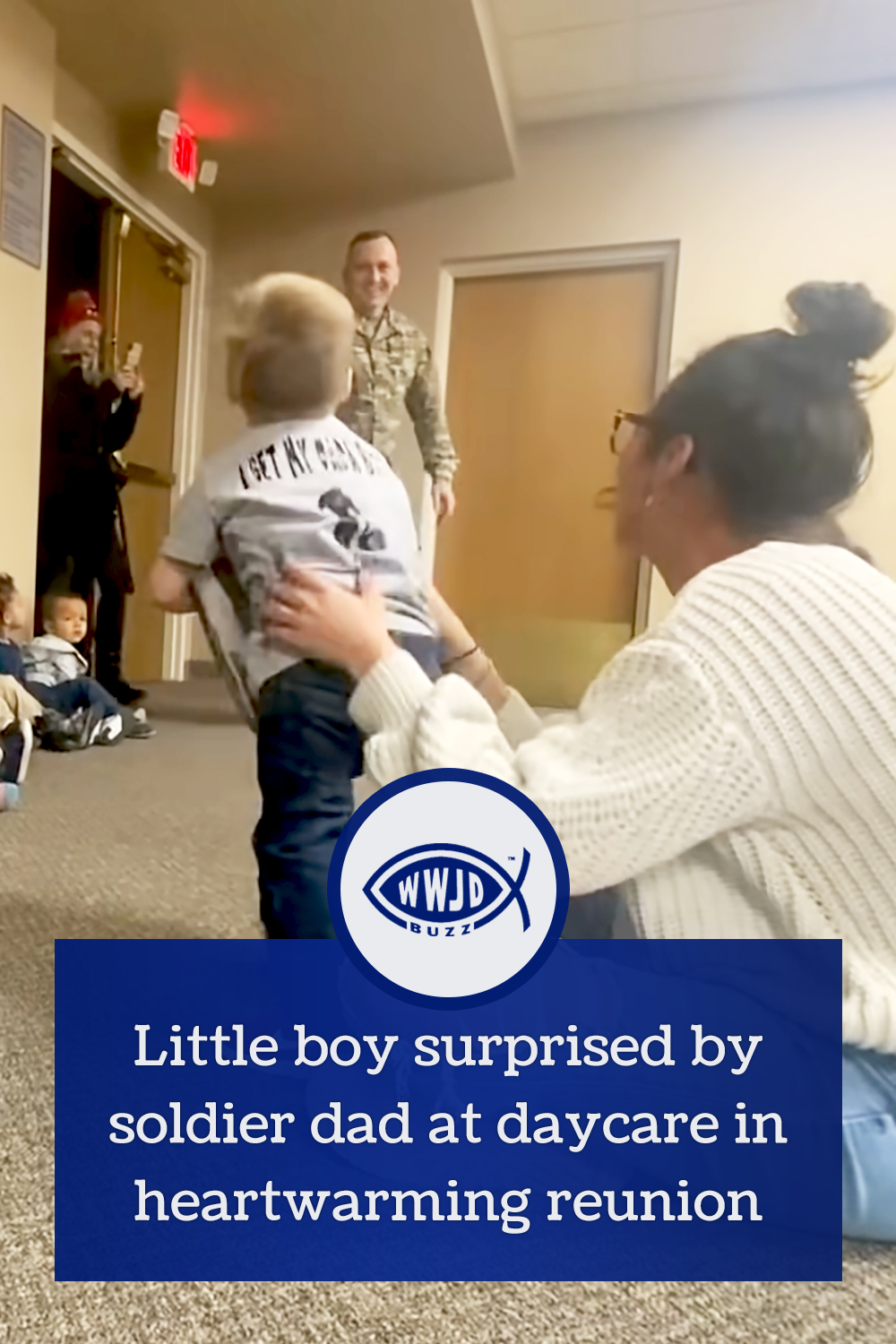