Sometimes being in the right place at the right time is more than just a coincidence. For Veteran Freddie Finkley, he calls it divine intervention. Whether that’s true or not, a man’s life was saved.

The homeless army veteran is being praised as a hero once more after risking his life to save someone else’s. Freddie Finkley didn’t think twice when he saw the burning car.

Eric Lopez had just been in a car crash at Cervantes Street and Haynes Street in Pensacola. The 34-year-old man thought his life was over when the army veteran came to his rescue. 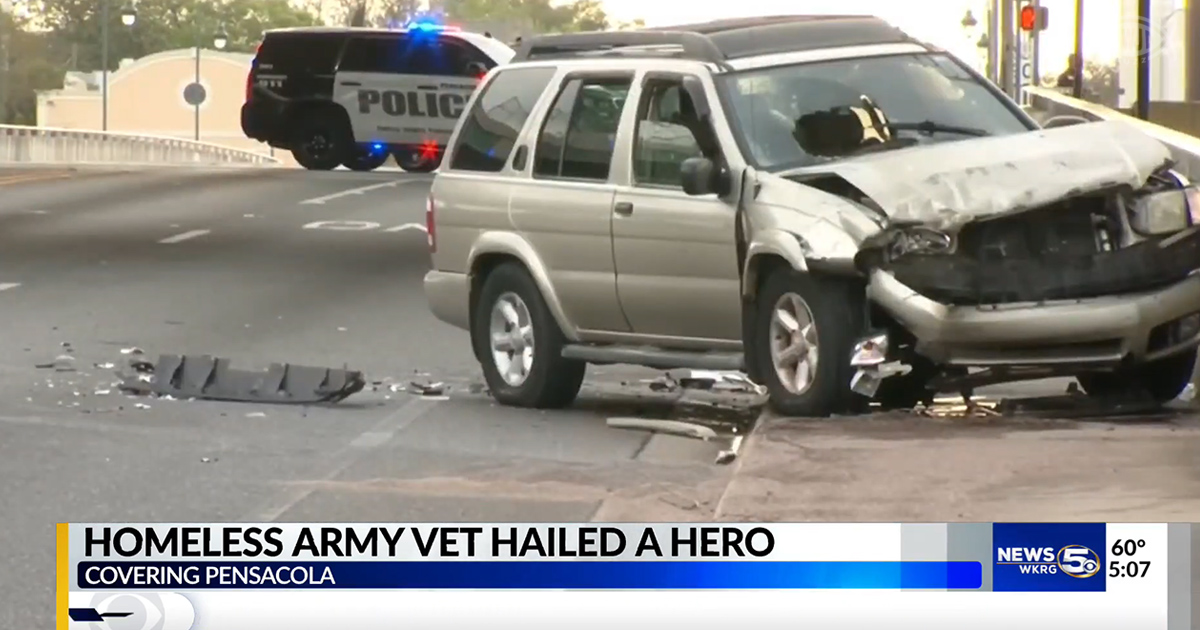 Finkley says that all he had to do was spring into action when asked about the heroic effort. Running down to the crash site amidst flames, he pulled the victim out of more danger with the help of a passerby.

Sandra McFall, the car crash victim’s grandmother, felt compelled to thank him personally for his good nature and selfless action. In a broken voice and on the verge of tears, she called Finkley “God’s angel.”

Finkley, having lived for almost half a decade on the streets of Pensacola, indicates that he helps everyone. Of the event, he says that “It’s just me. It’s just my nature. I’m not like everybody else.”

Thanks to Finkley’s helpful nature, Lopez only ended up with bruising and lung complications after the crash. Throughout the retelling, Finkley was adamant that the positive outcome of the rescue was due to divine intervention.