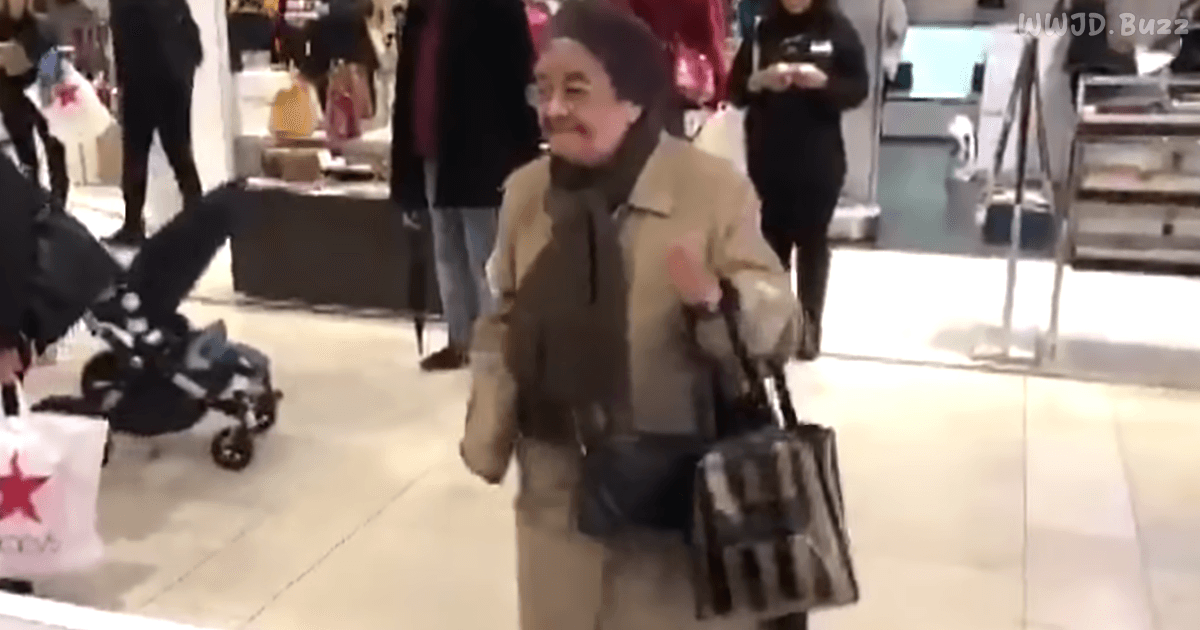 “As we age, it’s extremely important to keep moving, whether it’s by swimming, biking, walking, or other numerous, fun ways. It helps keep joints moving, blood pressure down, and weight under control.

Just because getting exercise is a serious thing, doesn’t mean it has to be boring. This video clip shows one way a senior likes to keep moving, and it’s definitely going to put a smile on your face just like it did for the people around her.

The day was like any other day at the mall. People were hurrying around, making their purchases, and running their errands. Music was playing in the background like normal as people went about their business.

An elderly woman was shopping at the makeup counter – once again, a completely normal occurrence. An R&B song came on the station by Drake, “Too Good.” Suddenly the older woman couldn’t contain herself. She just had to start dancing around the store. The people around her immediately started cheering her on and getting out their cell phone cameras.

This woman was just enjoying herself so much. In fact, at one point she got so into it that she had to hang her cane up on the checkout counter wall and put her purse down on the floor. She didn’t want anything holding her back from dancing.

She danced around the makeup counter into the purse section next to it. Her enthusiasm was so contagious that one of the makeup artists at the counter came over to dance with her. They danced around together as people clapped along and cheered for them. This lady had moves!

How refreshing it is to see someone love music so much and have such an enthusiasm for life. Her happiness spread to those around her, making everyone’s day better.

Sometimes you just can’t help but move when the right song comes on. Don’t be afraid to start dancing. It’s good for your health! What better proof is there than this senior citizen who shows that you’re never too old to have fun and get dancing.”