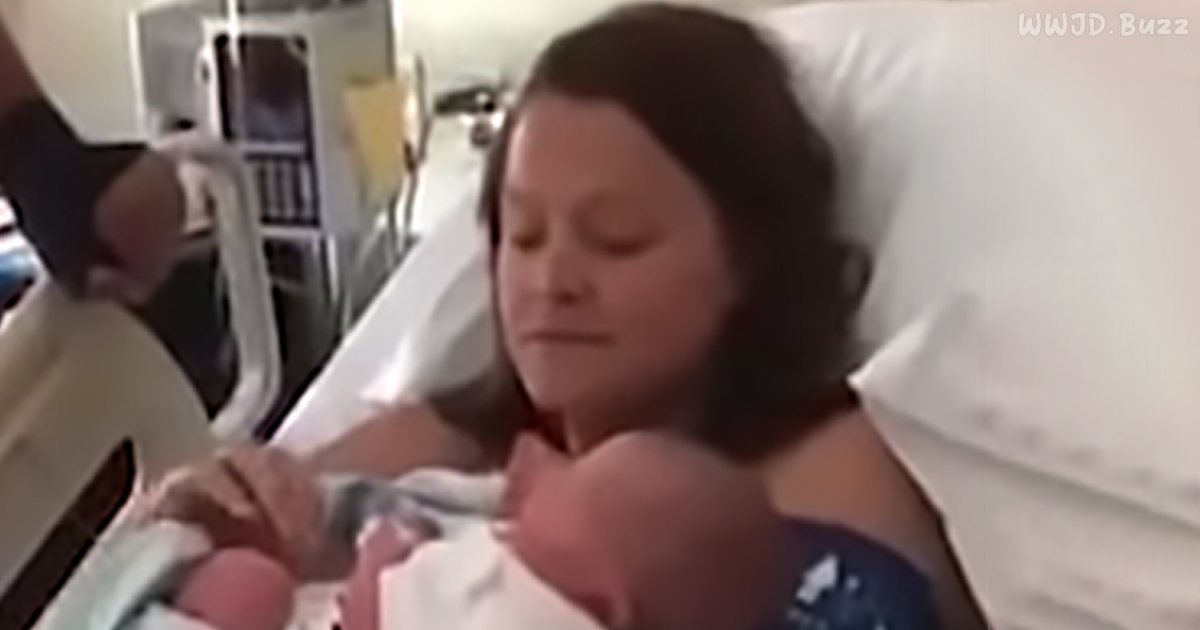 For most men, having a brother provides a bond that is unlike any other. Having a son is an immensely proud moment. It offers the chance to impart your worldly wisdom on a miniature version of yourself. But what if you have neither? What if you are in fact the only man in your whole family and have been for generations? That is the reality for Landry James.

Growing up with two sisters and then four daughters, he has learned to become a patient and compassionate man. In recent years, two beautiful granddaughters brought more joy into his life, but there was something missing. Despite all the love he had for the women in his life, Landry often felt loneliness as the only man in the family. However, change was coming!

When one of Landry’s daughters discovered she was carrying a boy, she hatched a plan to surprise Grandpa! Keeping the secret to herself, Carie Elbe set about giving her father the greatest gift. As the big day arrived, the entire family showed up to the hospital, eager to meet the new arrival. Grandpa Landry arrives, and the camera footage shows us how he got the best surprise of his life.

Landry had pestered his daughter throughout her pregnancy with questions about the gender of her unborn child. She ended up resorting to little white lies, telling him it was another girl. Keeping the truth a secret, she waited until he arrived to meet his new grandchild, by which time the rest of the family had learned the truth.

Even his two young granddaughters were in on the ruse! As he approaches the side of the bed, Carie moves her new son’s leg aside, and Landry sees the shocking truth. Taking a moment to grasp the reality of the situation, he is lost for words as the family erupts into laughter around the room.

His delight is clear to see as the emotion washes over Landry. Overwhelmed, he sheds tears of joy and calls them all “brats” for keeping the secret! This touching family moment was all captured on video, and they’ll surely treasure it for years to come.

Carie decided to name the little boy after his Grandpa, keeping the name in the family. It may be a while before the next boy arrives, but we’re sure Landry Senior and Landry Junior will be loving life in the meantime. Have a look at this heart-warming family moment in the video below.