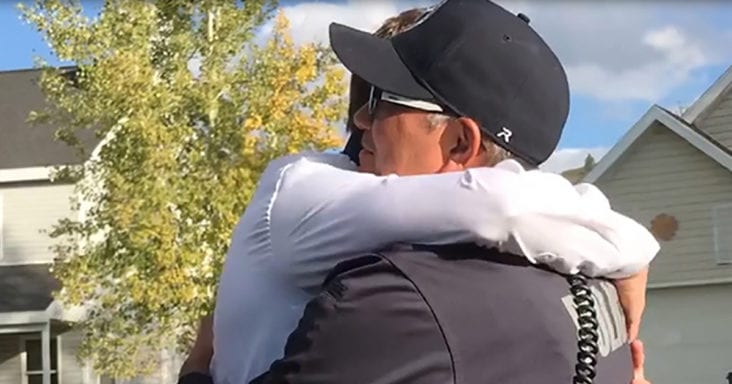 The police serve and protect, with ‘serve’ being the main point of focus in this heartwarming video. A teen has no clue how to tie a tie after being raised by his single mom, and the two end up flustered on the way to homecoming. Wait until you see what this officer does.

Park City police officer Mike Carillo found the mother and son distressed after pulling them over for jumping a stop street. Instead of serving a ticket, he stepped up to the rescue, immediately teaching Jake how to tie a Windsor knot for his Homecoming dance.

Little did police officer Mika know that Jake’s mom, Christy Carter, was so taken aback by the gesture that she was recording the whole thing on her cellphone.

It should go without saying that this video went viral within no time, and we can all certainly agree that Mike Carillo deserves the appreciation as much as that teen needed his tie tied for Homecoming.