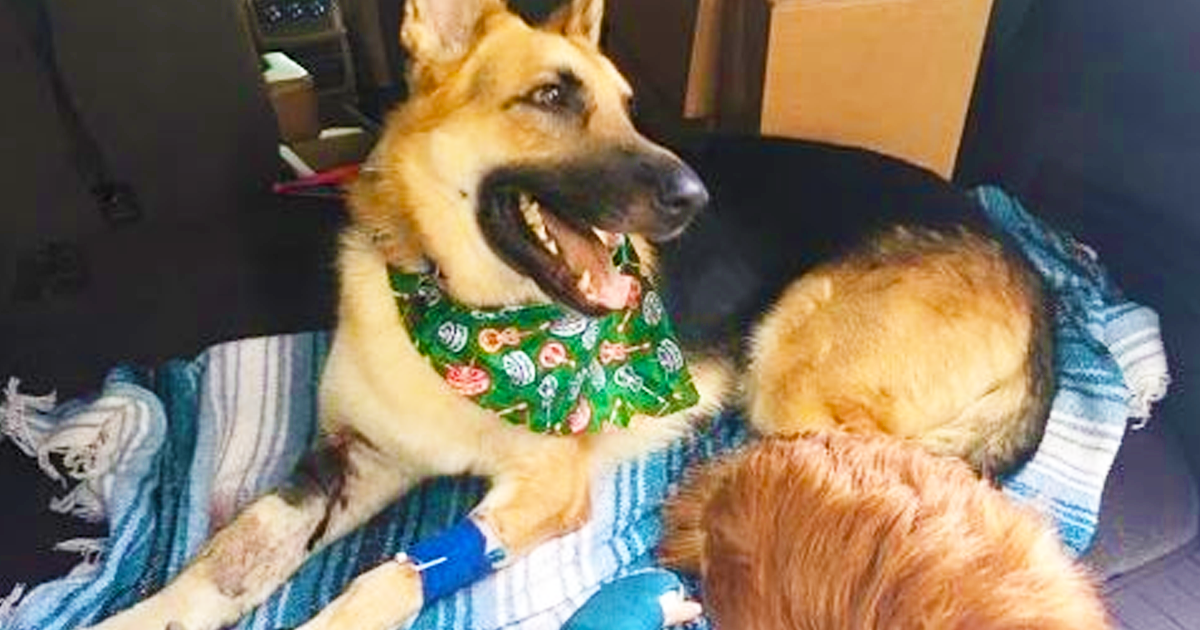 After taking a look at this case, I am now convinced, even more, that dogs are actual angels. A family rescued a German Shepherd and called him Haus, but they could never have guessed the amazing way he would repay their kindness. Haus, the hero, saved the life of their seven-year-old daughter, Molly, by protecting her from a rattlesnake.

Molly and Haus were playing poolside in their screened-in yard when her grandmother saw the 68-pound dog jumping around frantically and snapping his teeth. When she walked outside to make sure everything was okay, she realized a snake was attacking them. But this wasn’t just any snake. It was an eastern diamondback rattlesnake, known as the most venomous species of snake in all of North America.

Terrified and locked in a state of panic, Molly’s grandmother then witnessed Haus do the unthinkable. The protective pup stood his ground, standing between Molly and the snake.

He risked his life to save Molly’s, and as the snake bit him several times, he shielded Molly from the attack, keeping her safe. She did not receive any injuries from the attack. Be sure to watch this heartrending story and give a huge hug to your furry pal. This video is proof of how amazing dogs can be after showing them a bit of affection.