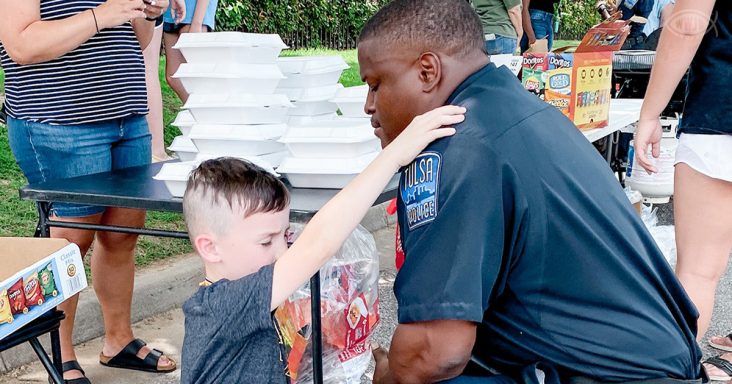 A seven-year-old boy has gone viral online for sharing an act of kindness with the Tulsa Police Department. The mother indicates that even though the state of her city breaks her heart, her boy’s faith restores it daily.

Trey Elliot has one goal in mind: to pray for every police officer in his city. To reach his divine purpose, he must touch 800 of them. He was at 12 at the time of the interview with KJRH-TV.

The Tulsa news channel brought him four more officers to help him out. Those present were filled with such emotion. One of them was on the verge of tears, while the others high-fived the young boy. 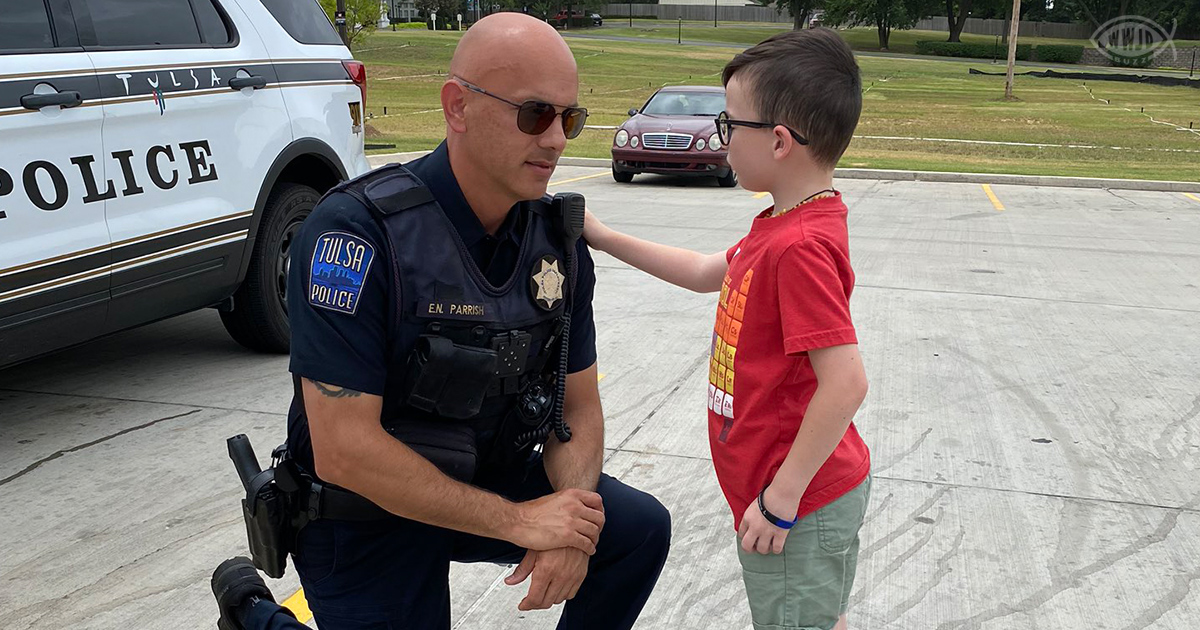 Trey’s praying campaign started when he decided to ask to pray for the police at a local cookout. His mother, Brittany Elliot, recorded the small act of kindness and shared it on Facebook for all to see.

In a surprising turn of events, the endearing and hopeful moment went viral on social media. Trey’s mother indicates that she wishes everyone had the same faith that a child has.

Trey’s efforts to connect with his local police department bring a ray of light into the world we live in today. His efforts and future endeavors will not go unnoticed as he triumphantly reaches his goal.

Indeed, it is pretty awesome to see faith move a person to such circumstances and incredibly powerful coming from such a young person. Trey only wanted to show his support and love for his local police department, and he has given hope to many more. 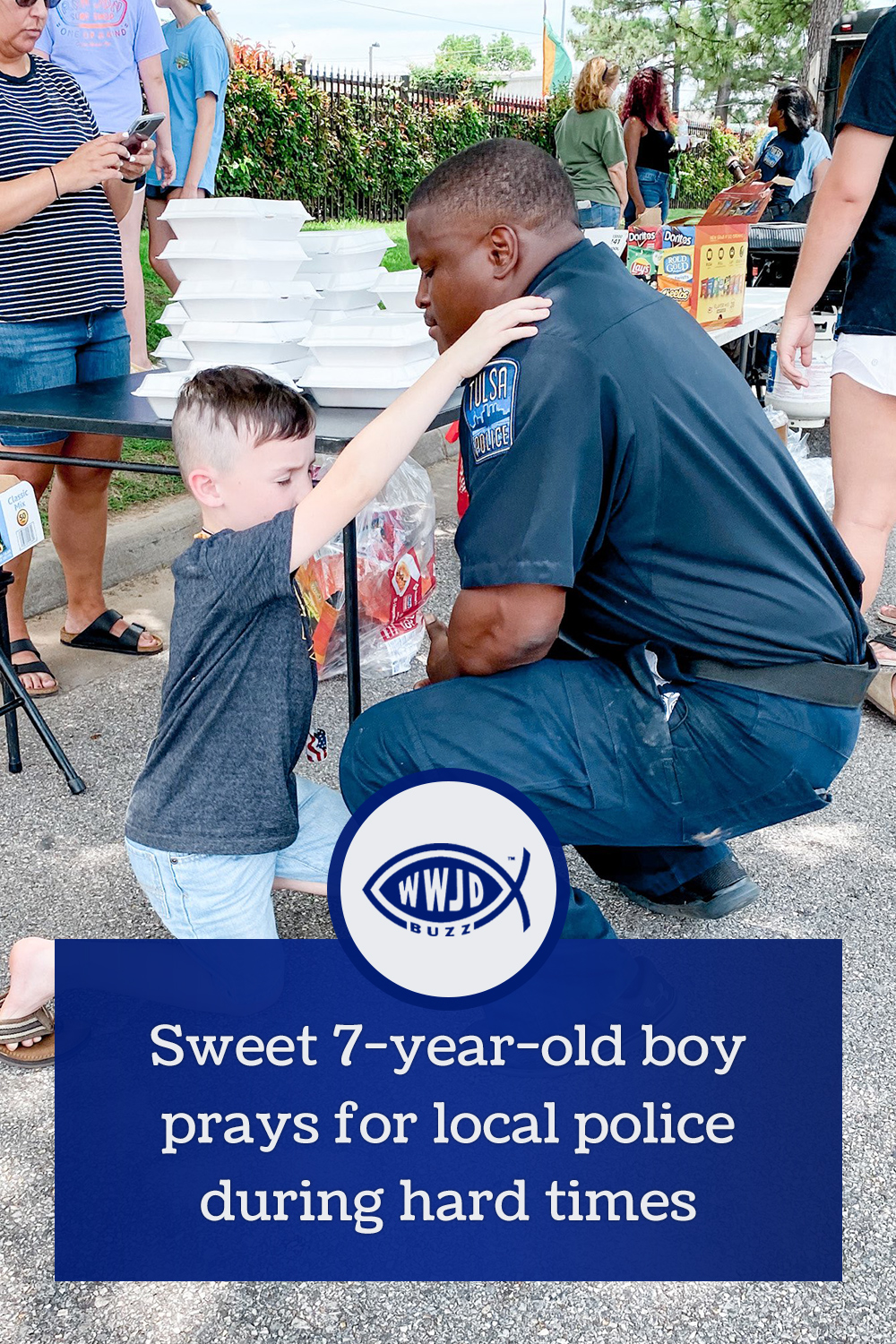