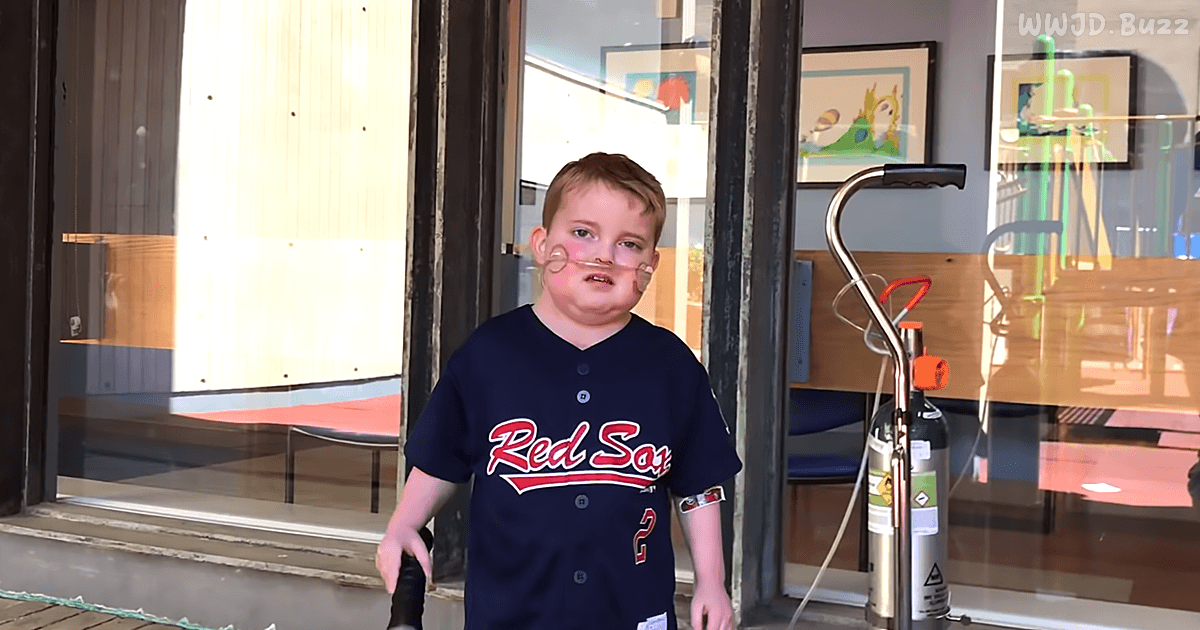 The boy in this video is my hero in more ways than one. He’s been through so much at such an early age that we cannot even begin to calculate the level of courage it must have taken him. His winning spirit is what has helped him overcome such adversities because he refused to become another statistic.

This is the story of Ari Schultz. He was required to spend a stunning 189 days in the hospital after life-changing surgery. His family knew that he would be there for a long time and that he would need to put a big effort if he was to return home. His struggle started long before he was born.

In one of the routine ultrasounds, the results were that he was going to battle critical aortic stenosis. This was not the only condition they had found. He also had a hypoplastic left heart syndrome that would only get worse each day. He needed surgery that would take place while he was still in his mother’s womb. If he didn’t have this surgery, he would be born with only two heart chambers instead of the normal four.

Ari was the very first person to have two heart surgeries before he was born. After these two surgeries, he had another TWENTY surgeries. This is a record that no parent wants to establish with their son.

Ari has defied the odds several times and has managed to live what many would consider a typical childhood. He loves playing baseball with his friends and enjoys watching Harry Potter with his siblings.

Unfortunately, this would not be the end of it. He was also diagnosed with congestive heart failure, which brought down Ari’s plans for a smooth recovery. The doctors started to work on finding him a suitable donor, but it took them 211 days to find one. He was given the heart but was rejected by his body. When this happened, he became very sensitive to antibodies, and once his body rejected the new heart, he had another heart attack.

Medical personnel rescued him once his heart had stopped beating. He underwent a new series of procedures aimed at making his condition improved and thanks to these efforts, he has started to make slow but consistent progress. He’s now at a point where doctors think he is ready to go back home to a normal life alongside his loving family. This is one of those stories you don’t want to miss!