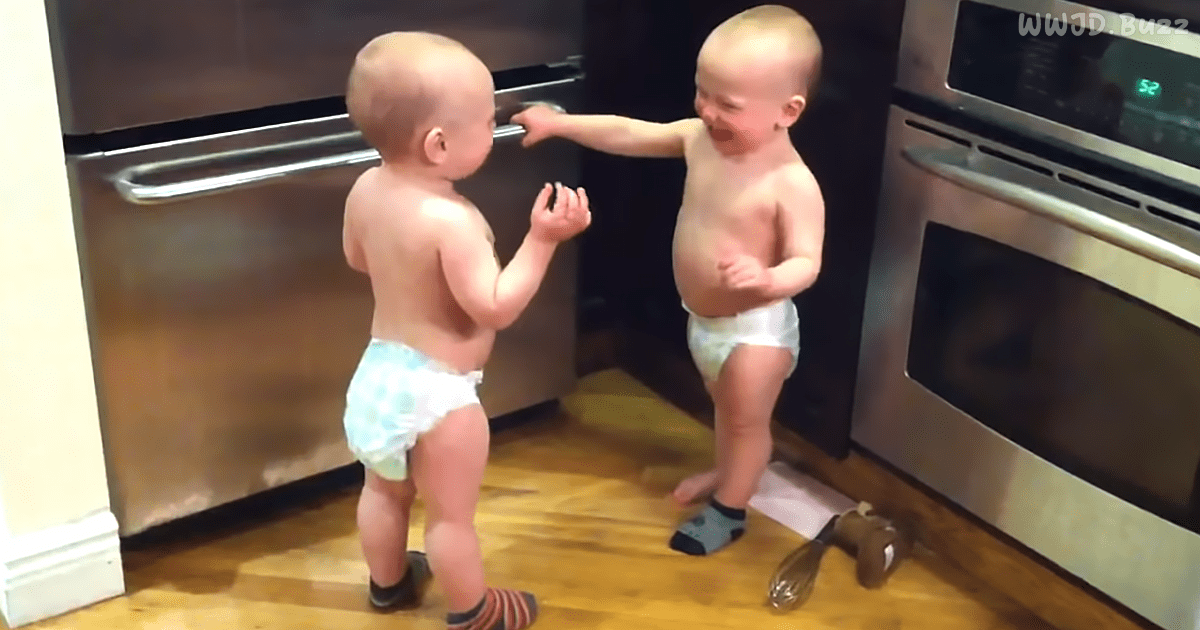 It’s always fun to watch babies talk to each other. They have their own language and ways of communication. Twins, though, who have shared space in their mommy’s womb for nine months, have a leg up on it. Who wouldn’t, being cramped in those quarters for that long a period of time. They just have to glance at each other to give a signal for the other to know instantly what to do. But sometimes, it seems that they just take pleasure in each other’s company, like what’s going on in this video.

Two twin boys are standing in their parents’ kitchen, having an animated babbling conversation with each other. It sounds like babbling to us, but one is looking at the other’s face with concentration like he’s actually following along with what’s being said. I’d have to say that their attention span is a lot better than many people that I know.

Some people think that one of them is telling the others that wearing two socks is better than one. Personally, standing there in nothing but their diapers and socks (sock for one), they look like wrestlers in the locker room after a match. It’s like one is telling the other about a match that occurred recently. “First, I lifted up my arm and smacked him in the face. Then I raised my leg and kneed him in the groin. The ref never saw that!” “Ha! That’s great! Tell me more!”

These boys will grow up and their parents will probably embarrass them at some point in their lives by showing them this video. They will continue to develop this twin bond, having even more conversations like this, though, over time, people will be able to understand what they are actually saying. Then again, after seeing this video, they might want to develop their own baby talk code. After all, what’s better than secrets between twins?