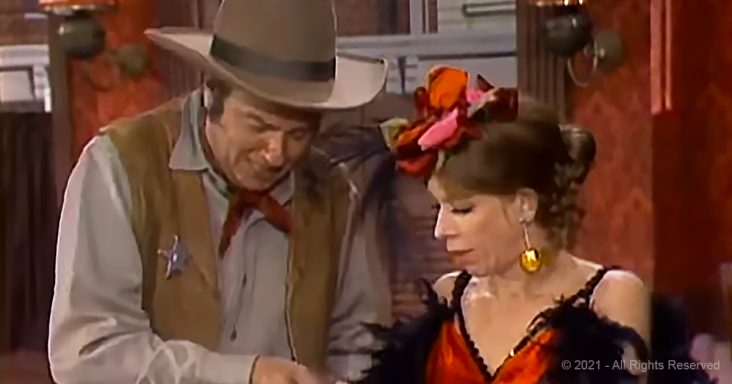 Despite his best efforts, George can’t escape Zelda even in his own Wild West fantasy during this hilarious Carol Burnett Show skit.

George and Zelda rarely get along, but this classic sketch from The Carol Burnett Show takes their disagreements beyond their living room and into the realm of fantasy.

All George wants to do is enjoy his favorite western on television, but Zelda wants him to see her new nightgown. Of course, a hilarious argument follows. 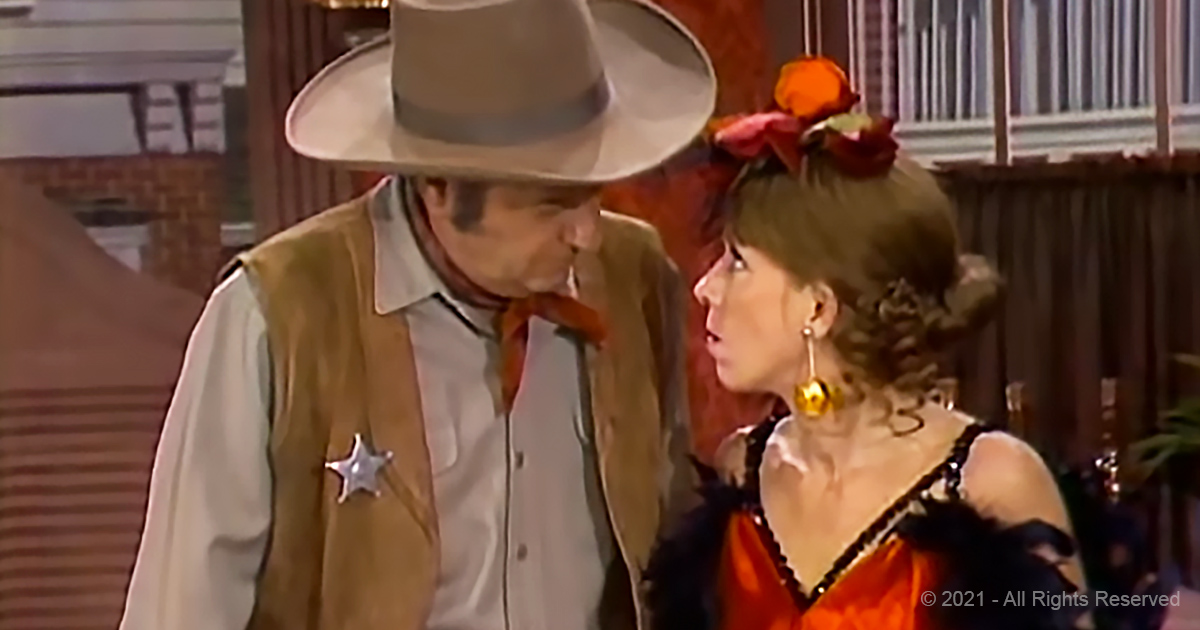 George decides the best way to escape is to step into a Wild West daydream, becoming the local sheriff – and of course having the time of his life at the saloon.

But even in daydreams, he cannot escape Zelda, who shows up and breaks up the party. She ultimately dispatches the town’s desperado.

It is vintage George and Zelda, proving that their marriage – the good and the bad – will continue with outrageous arguments and clever lines even into the world of dreams.