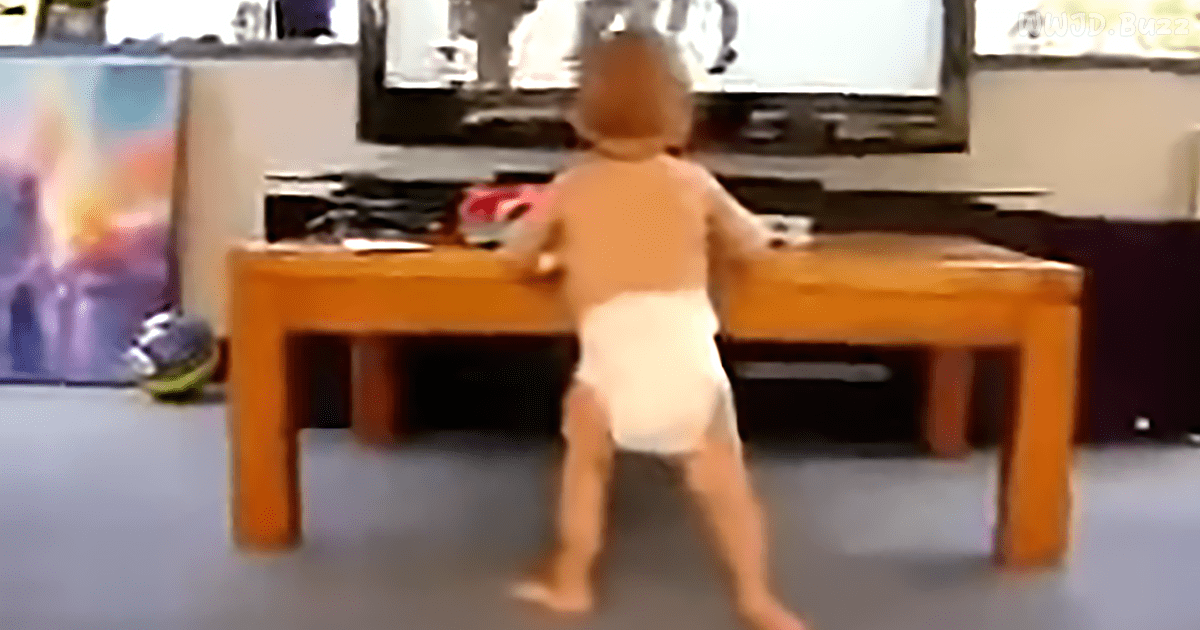 Guaranteed to make you smile! This baby is a star in making. Even though he can barely stand on his own, he’s already shaking it! His family never intended this video to go viral, but this video has been watched by millions worldwide.

“Single Ladies” is one awesome song. And don’t deny that you have tried copying those brilliant moves at times as well! But the little baby in the video below probably has the best version yet amongst all of us. His skills are as much hilarious as they are adorable. You are going to love this little guy. The moment “Single Ladies” comes on the television, he starts copying and dancing like the girls in the video.

It is funny that the poor baby can’t even balance without holding onto a table, but how he replicates those moves is simply amazing. He is undoubtedly going to be a good dancer. His parents say they were lucky the camera was around at the right time. I have to agree. This a great video. We see him from the back, just a baby in a diaper, and he is really getting into the music.

But he doesn’t just do the same bobbing up and down move through the entire song. Wait till you see him! His best move, in my opinion, is when he shakes his leg like a dog does when getting a belly scratch. It’s hilarious, and he does a great job balancing. I know adults that couldn’t do that! He even does the side-to-side motion that Beyonce does.