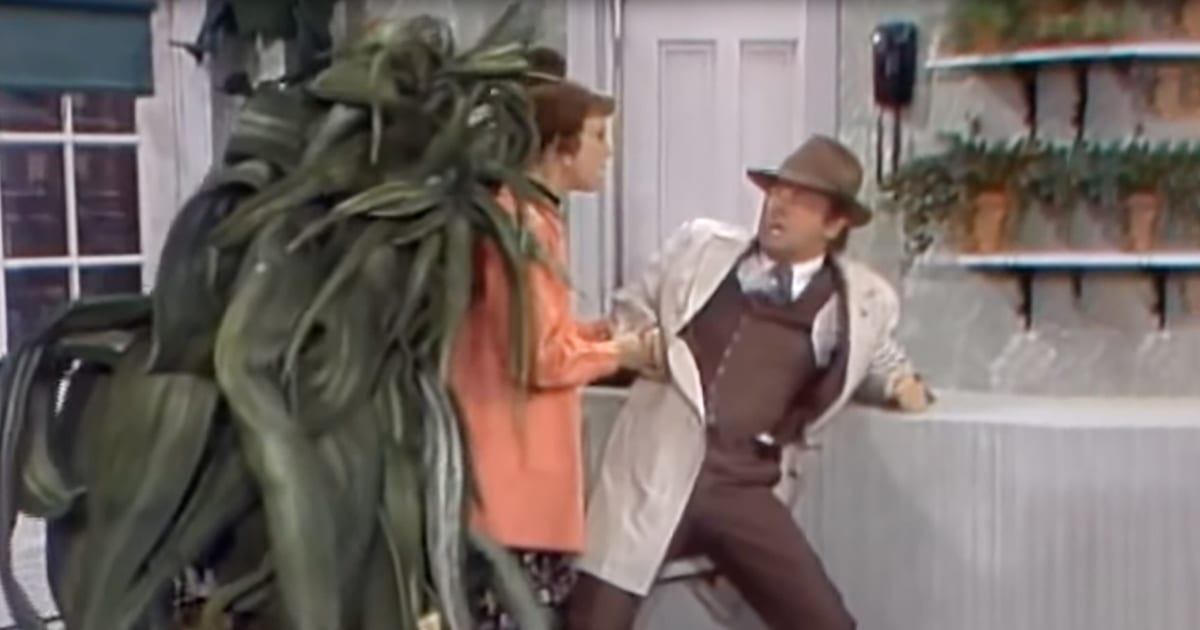 What would you do if your potted plant was out to get you? That impossible conundrum is exactly what one cursed customer, played by Tim Conway, had to face in this ridiculously silly Carol Burnett Show episode.

The Carol Burnett Show ran for eleven seasons and 278 episodes on the CBS station, prompting some viewers to wonder if the “CBS” actually stood for “Carol Burnett Show.” Though that rumor proved to be untrue, the series certainly made a name for itself in the realm of taped comedy.

In this sketch, Conway is seen entering a garden store to return a monstrous plant that seems to have a personal vendetta against him. However, the cooky store owner refuses to honor the transaction.

As the two debate over the fate of the troublesome weed, we can’t help but giggle at their tomfoolery. We just hope the poor chap got his money back.