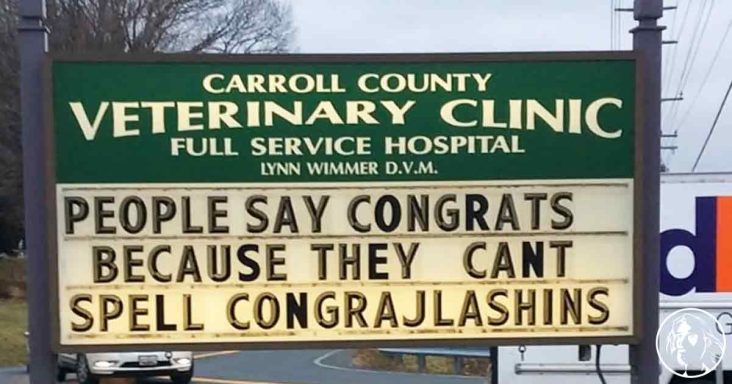 Carroll County Veterinary Clinic has been putting up some of the funniest outdoor signs. Many of them are related to animals, while others are just plain hilarious. The following are a few of what they have shown. 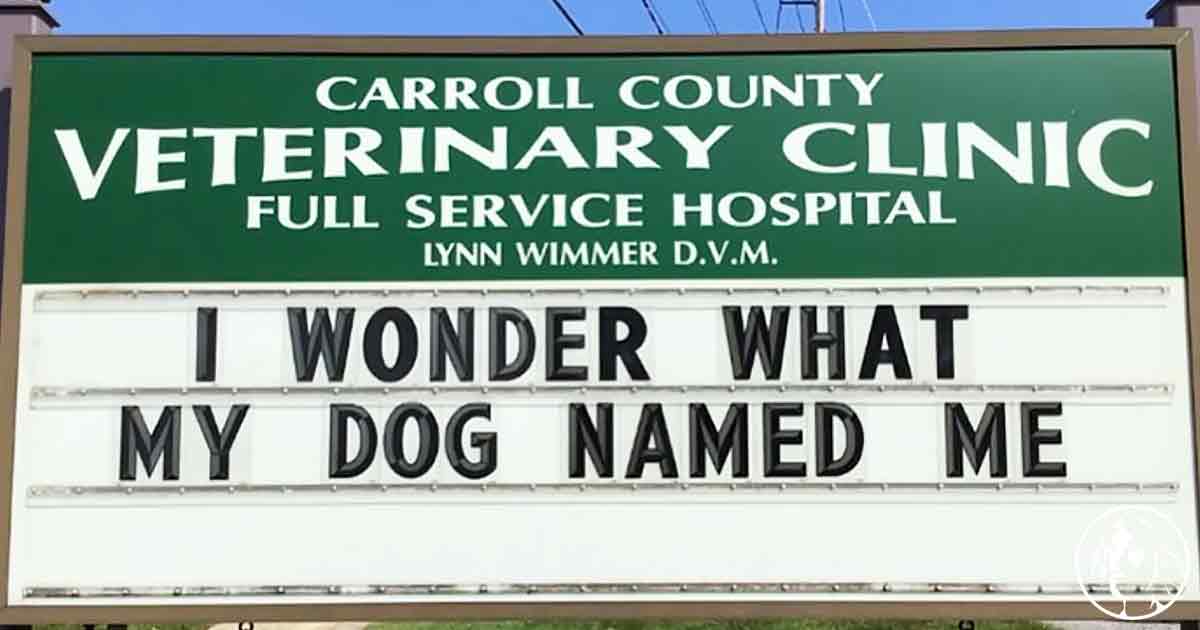 It once said, “I wonder what my dog named me.” When people name their pets, it is only fair to assume that the pets name their humans as well.

They also made a good point when they posted, “Never make snow angels in a dog park.” A lot of hidden gifts could be hidden under snow-covered fields. 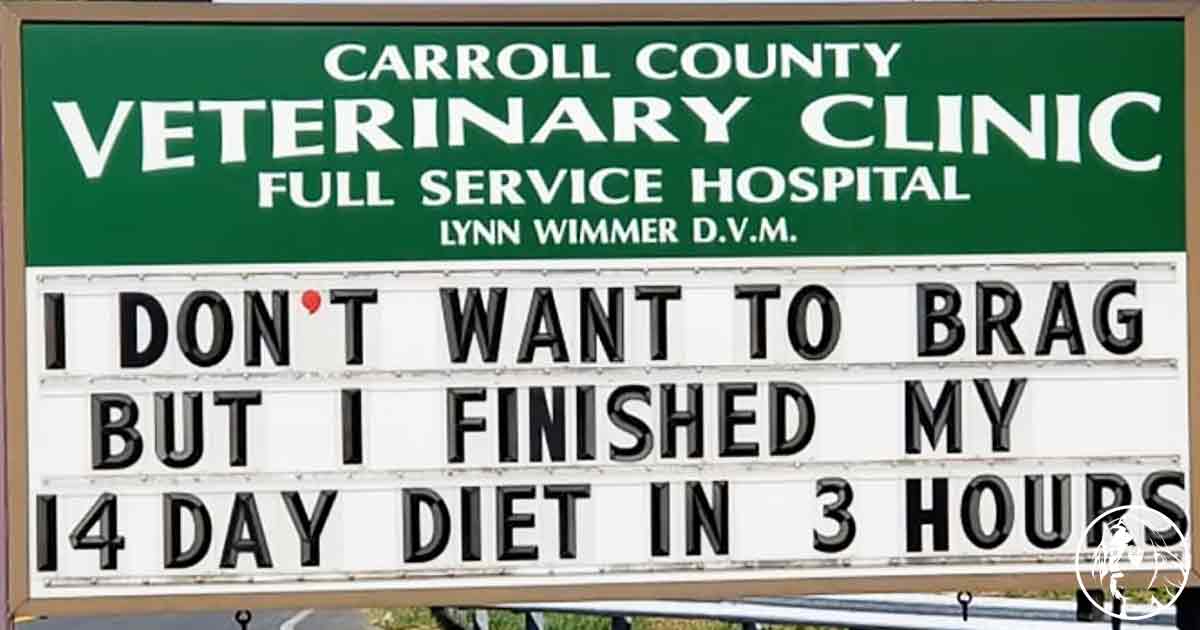 Some of the hilarious ones include, “I don’t want to brag, but I finished my 14-day diet in 3 hours,” and “I have a pen that writes underwater. It can write other words too.” 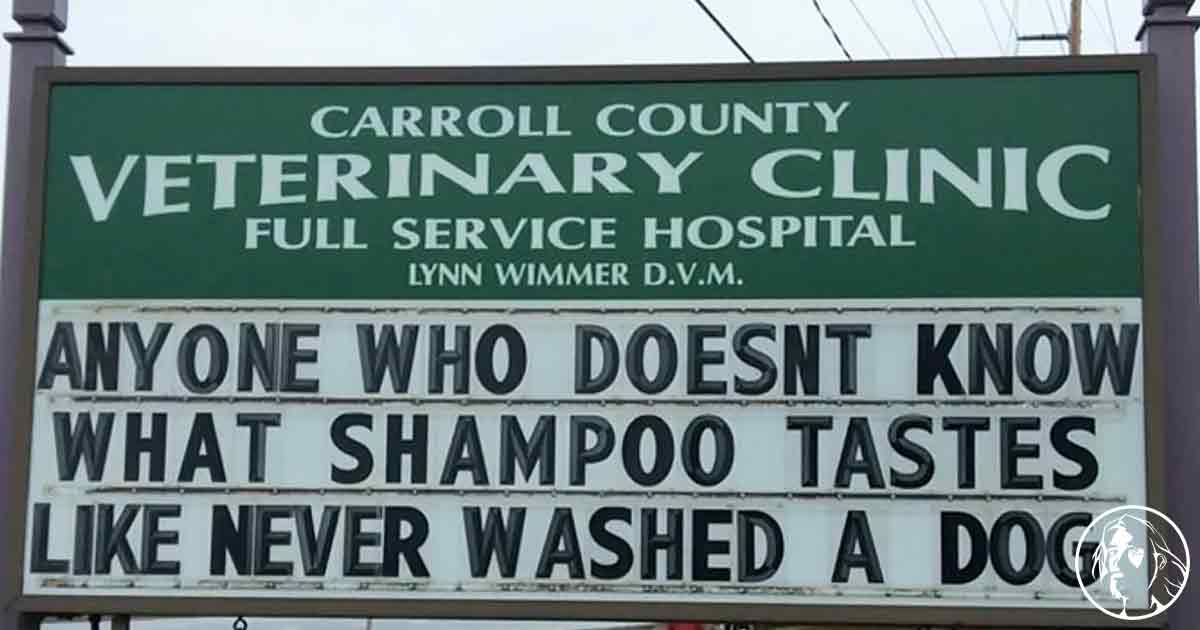 Another great one said, “Anyone who doesn’t know what shampoo tastes like never washed a dog.” Dogs do love to shake during a shower, and there’s no avoiding the splash.

Those were only a few of the funny signs that the vet put up outside their workplace. It is good to know that they have a wonderful sense of humor and love all types of pets. 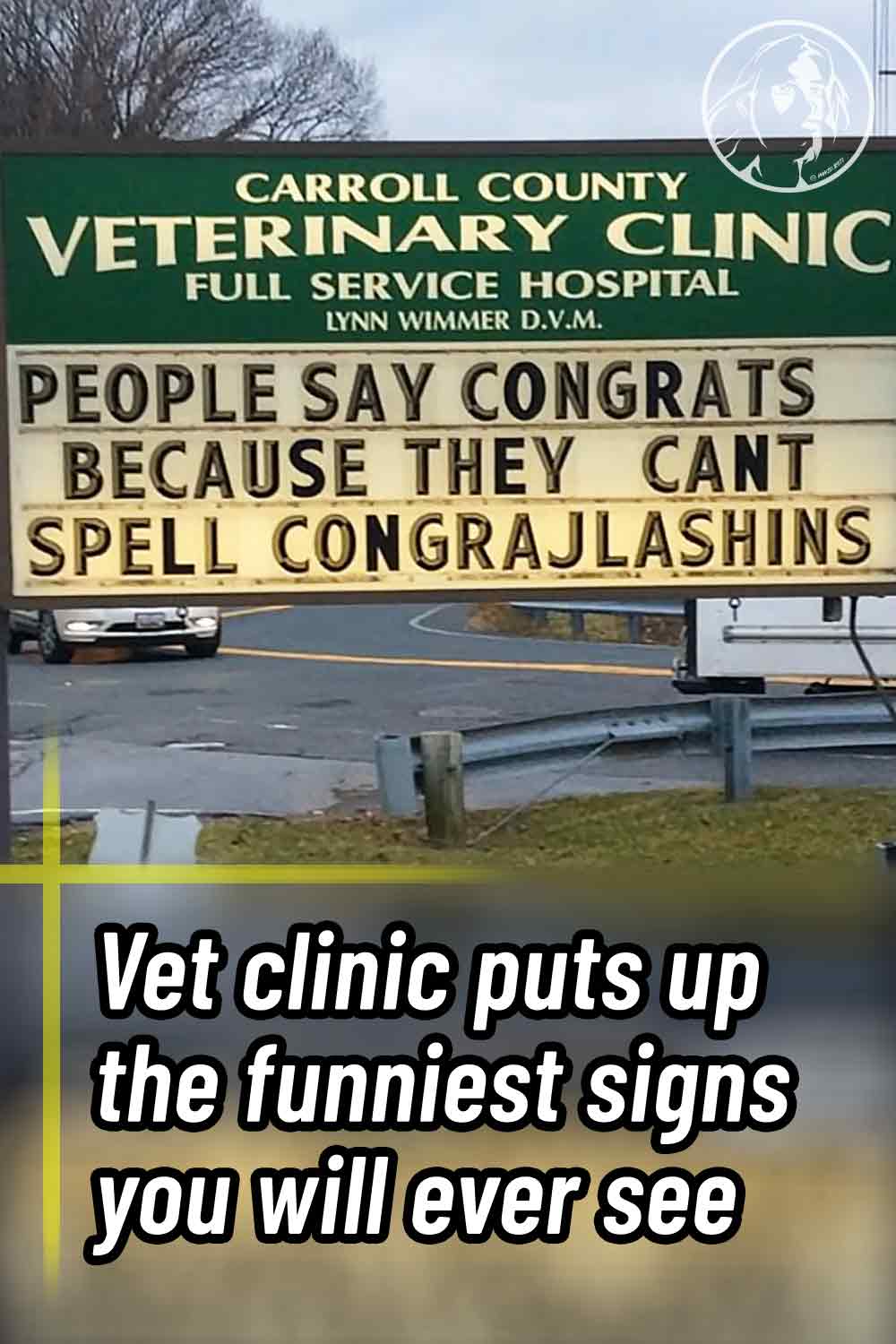