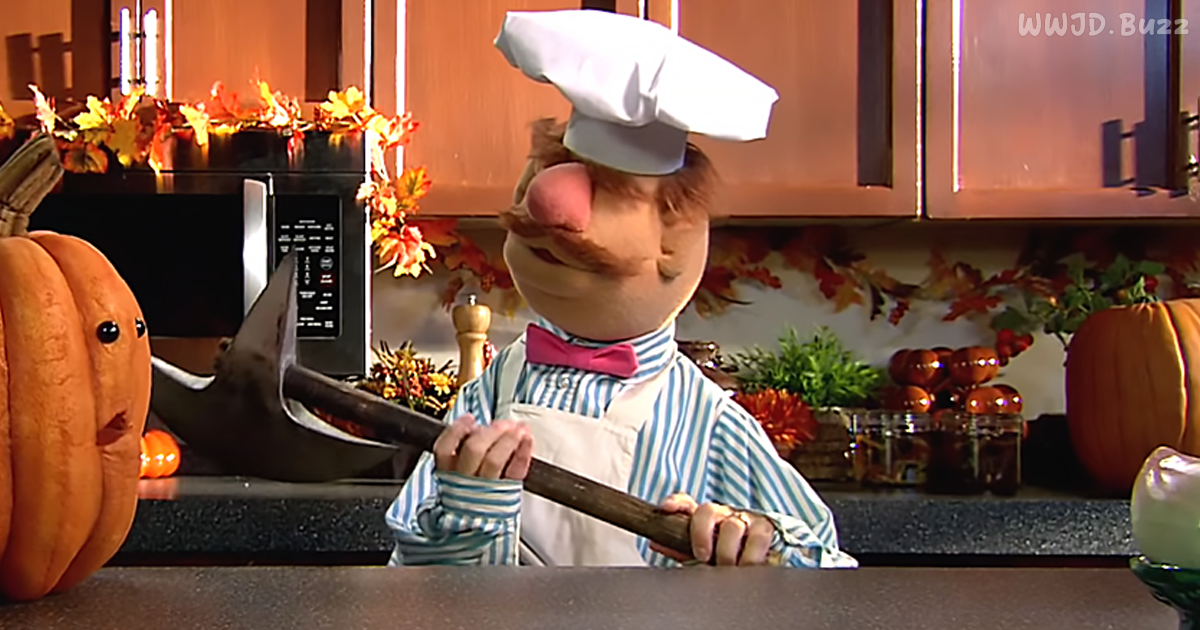 It’s Fall, that means its time for pumpkin flavored everything! Once you’ve caught the pumpkin bug, it’s hard to stop. Every advertisement you see during the fall season has at least one pumpkin on it. Ever wonder what it would be like if pumpkins came alive? Yeah, me either, until this video.

In the video, we see two pumpkins awaiting their fabulous transformations. As the Swedish Chef decides how best to begin, the pumpkins come up with a plan!

Tricking the chef in true Halloween style, these pumpkins take control of the tool selection. They tease the chef about his choice, causing him to go with whatever tool they say. Little did they know, the Swedish chef was more prepared than they thought.

The Swedish Chef is my number one favorite Muppet, next to Kermit and Miss Piggy of course. Jim Henson’s Muppet Show is missed, but the characters live on in this hilarious video when two Muppet characters make a cameo appearance at the end.

Watching this video, it really gets you into the fall spirit and tickles us with nostalgia. There are a lot of Americans, who really get into following the trends of the seasons. Most of us decorate our homes according to the season, start buying foods of the seasons, even down to how we dress and look for the season. Eyeshadow looks, nail color, clothing, drinks, even food all become victim to the trends. And we really don’t hate it!

After watching this video, I bet you will be laughing and maybe even craving some pumpkin pie like I am! Share this happy family-friendly video on Facebook when you’re done so other’s can laugh, too. Enjoy!