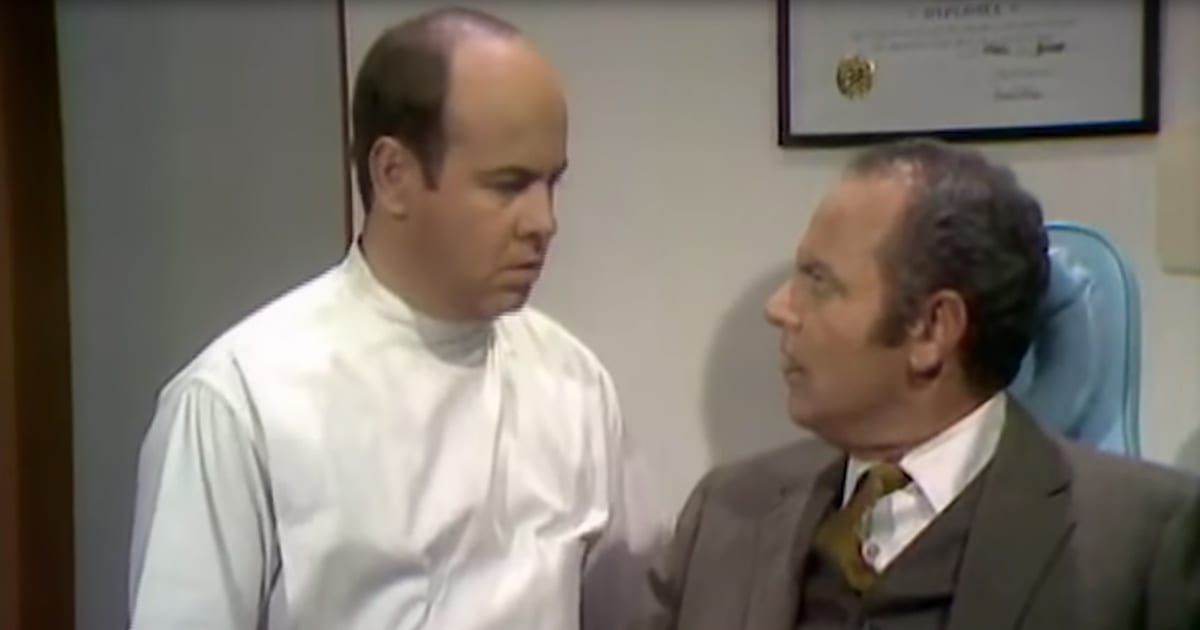 Tim Conway is one of the star-studded names that comes from The Carol Burnett Show. He was the genius behind the writing of the iconic comedy show, and would occasionally come on screen for a hilarious skit.

One of the most legendary bits he appeared in on the show was about a dentist who recently graduated. The ditsy dentist accidentally injects himself with Novocain in front of a patient on his first day.

Harvey, the patient, learns that the dentist cheated on his final exam. This naturally makes him nervous, and the audience can’t help but burst into laughter. The anxious dentist has to look up how to do a procedure in his manual, which is something you never want to see as a patient.

The entire skit is beyond comedic, and it will leave you wiping happy tears away. The best part is that the two hysterical actors can’t keep their composer. By the end of the skit, they’re laughing just as hard as the audience.