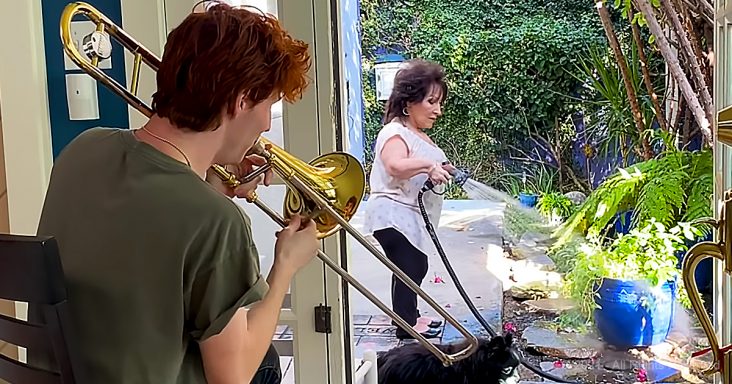 Multi-instrumentalist and singer Peet Montzingo decided to give that extra flair to his mother’s life through comical sound effects.

Multi-instrumentalist and singer Peet Montzingo decided his loving mother’s life is just not as exciting enough as it is. The only way to make it fresh again is with the creative addition of various trombone sounds and music.

His witty and often hilarious sound effects make daily chores such as laundry washing, letter opening, and cooking quite an undertaking to notably annoyed mother. 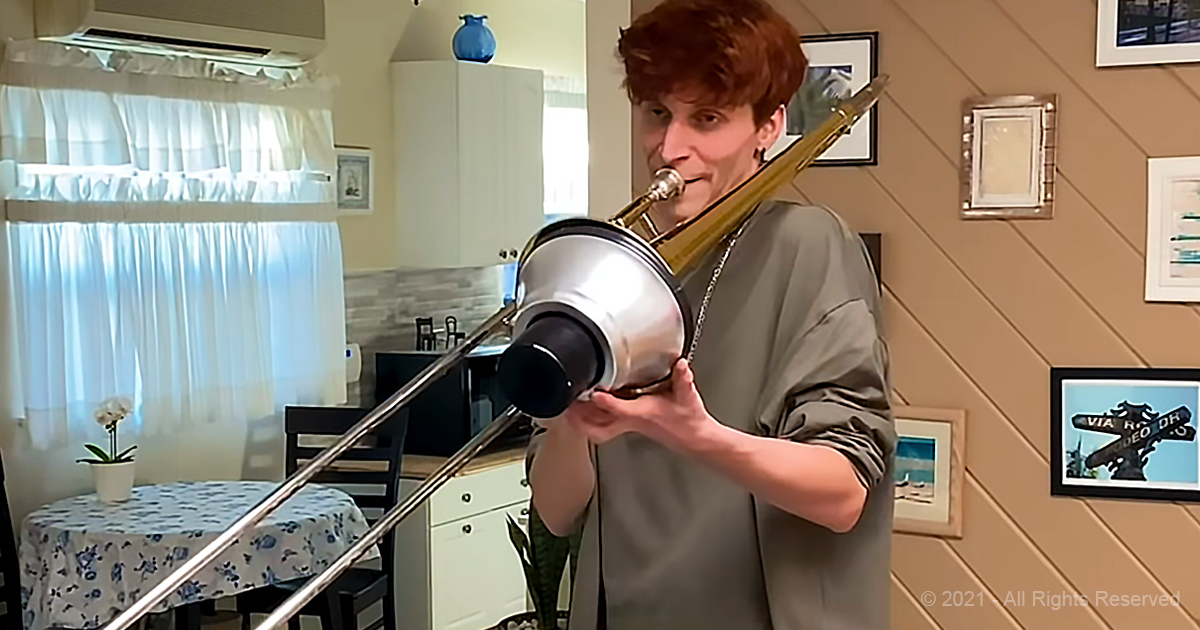 Luckily, she is an incredibly good sport and always ends up laughing. Her impromptu reactions and battles with the loud and harsh sound effects of the trombone often end up with hilarious consequences. She even manages to take his trombone slide off him!

Peet Montzingo’s quick thinking often adds to it. His additions of John Williams’ Star Wars theme that ended up in a trombone versus broomstick sword fight is a bar of comedy gold. Not to mention the expertly executed George Michael’s Careless Whisper when the mother lights up the fireplace.

But all fun comes to an end for this musical son, when mother pulls out a reverse Uno card and starts sprucing his life with a rendition of his joke, on a little buzzing kazoo of all things.