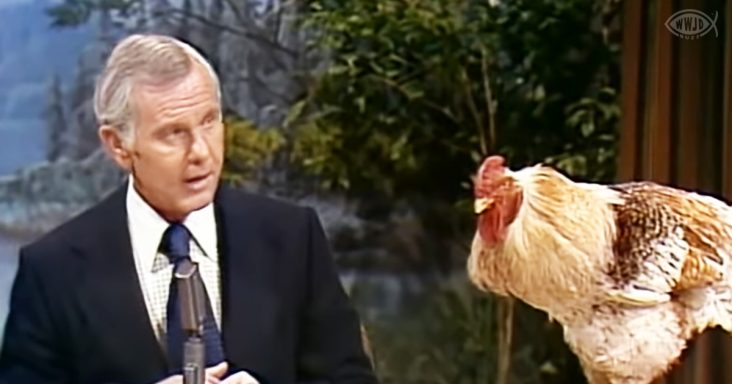 Comedian and television show host Johnny Carson receives an unwanted gift from one of his guests on The Carson Tonight Show. The hilarious segment is from 1983 and involves a rooster of all things.

As Johnny introduces his guests, he states various comedic questions: “How do you travel with a rooster? Do you have to check it?” Well, he finds that out and much more from the animal.

The rooster in question is no ordinary pet. The animal, owned by Donna Pyle, had already done a radio commercial and won two international crowing contests before gracing Johnny Carson’s desk. 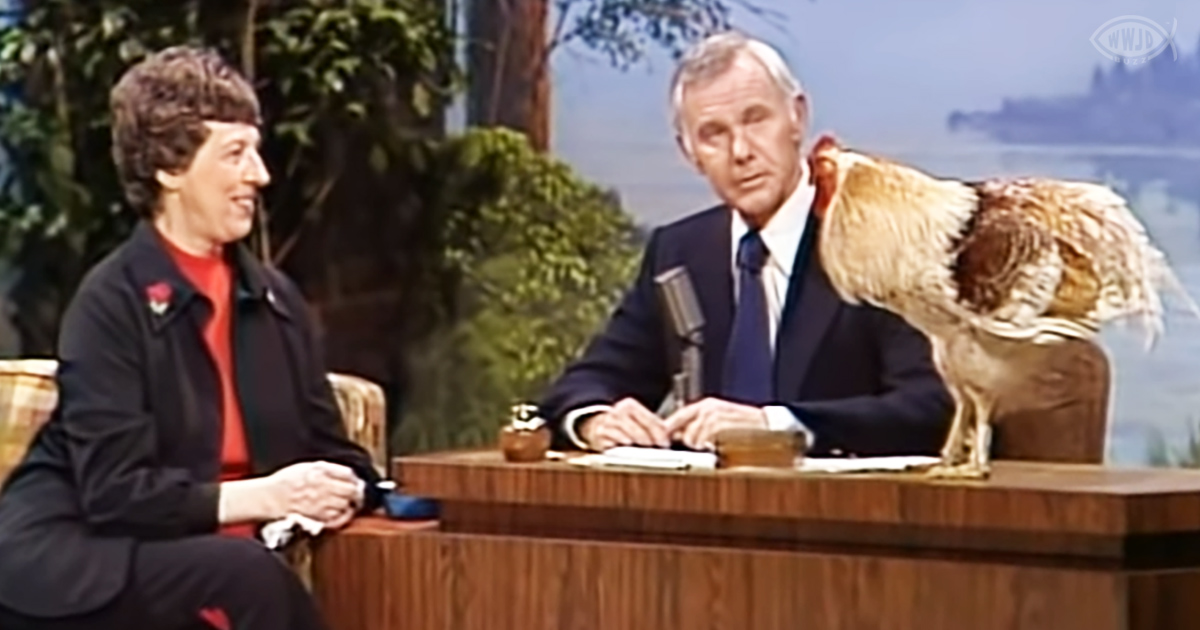 “That is a big bird,” is all Johnny has to say when the rooster is placed right in front of him. While Johnny looks a bit intimidated by the rooster, the audience is lapping it all up. The entire set is full of laughter.

Baby, the rooster, is moved out of Johnny’s front view and set to the side by Donna Pyle. Here, the rooster’s method of traveling is answered. Donna tells him that, of course, Baby flew all the way to the show and was checked like baggage.

Baby apparently gets a little stage fright and doesn’t crow for most of the segment. That is until they start talking about the rooster’s love life and aging habits. Baby decides to leave a “little gift from his feathered colon.”

In a hilarious turn of events, Baby apparently decides to crow while the show is on an ad break. Even though Donna and Johnny beg for him to crow once more, Baby does it when he wants to, not when he is told. 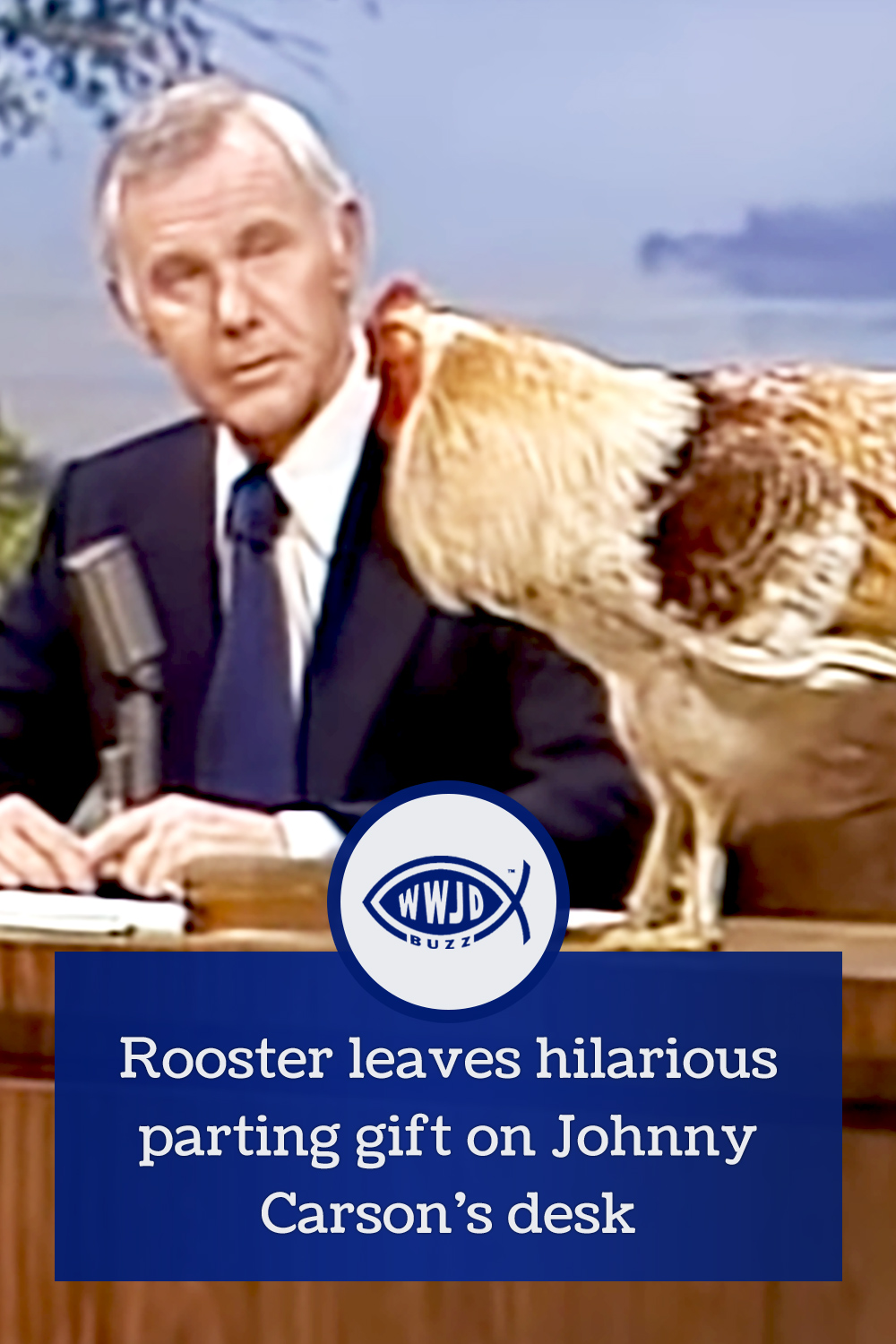