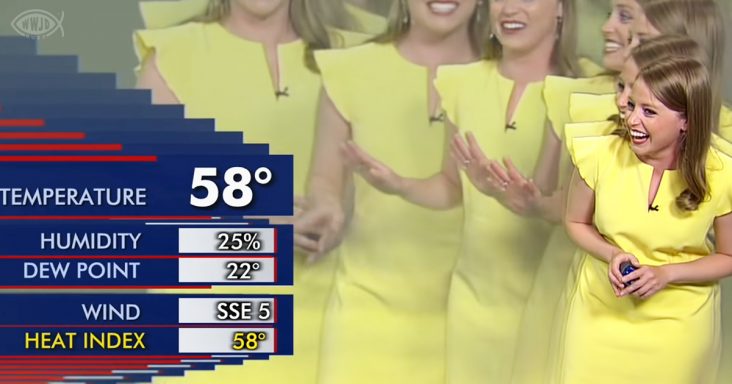 Jennifer McDermed could not keep a straight face while giving a weather report because she was having too much fun after a glitch appeared on the screen behind her.

She was laughing non-stop, a huge smile on her face because a surprising glitch took over the weather report for a few seconds. As she was pointing out the different areas on the screen she had to stop and have fun with it.

The screen decided to create several clones of Jennifer, following her every moment lagging behind ever so slightly. She could not get over how hypnotizing it looked when she moved. 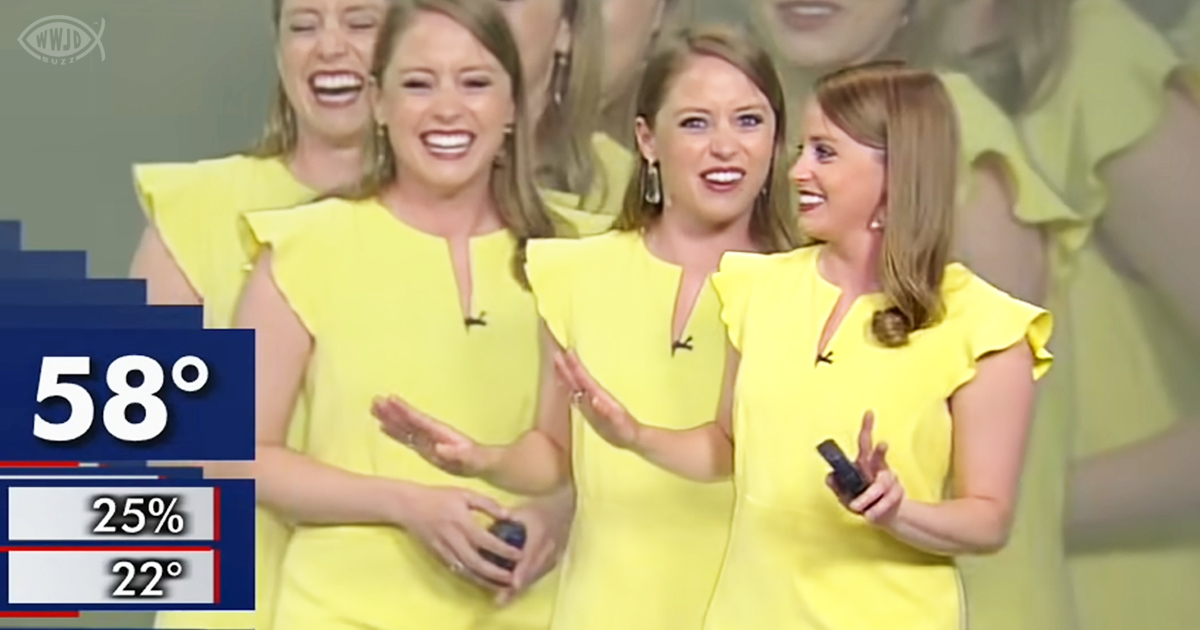 The images followed her perfectly as she paraded across the screen, it was a fun break from the usual weather forecast. Unfortunately, they eventually fixed it as she disappeared from the screen.

But the damage had definitely been done, she was rubbing her eyes as she tried to finish her weather report because she was laughing so much.

Jennifer was still smiling and laughing and even her colleagues were overjoyed at what just occurred. Much to their dismay, the glitch didn’t pop up again.

One of the anchors said to Jennifer that whatever button she pressed, she should not press it again. They all laughed together at the whimsical weather forecast she just provided. 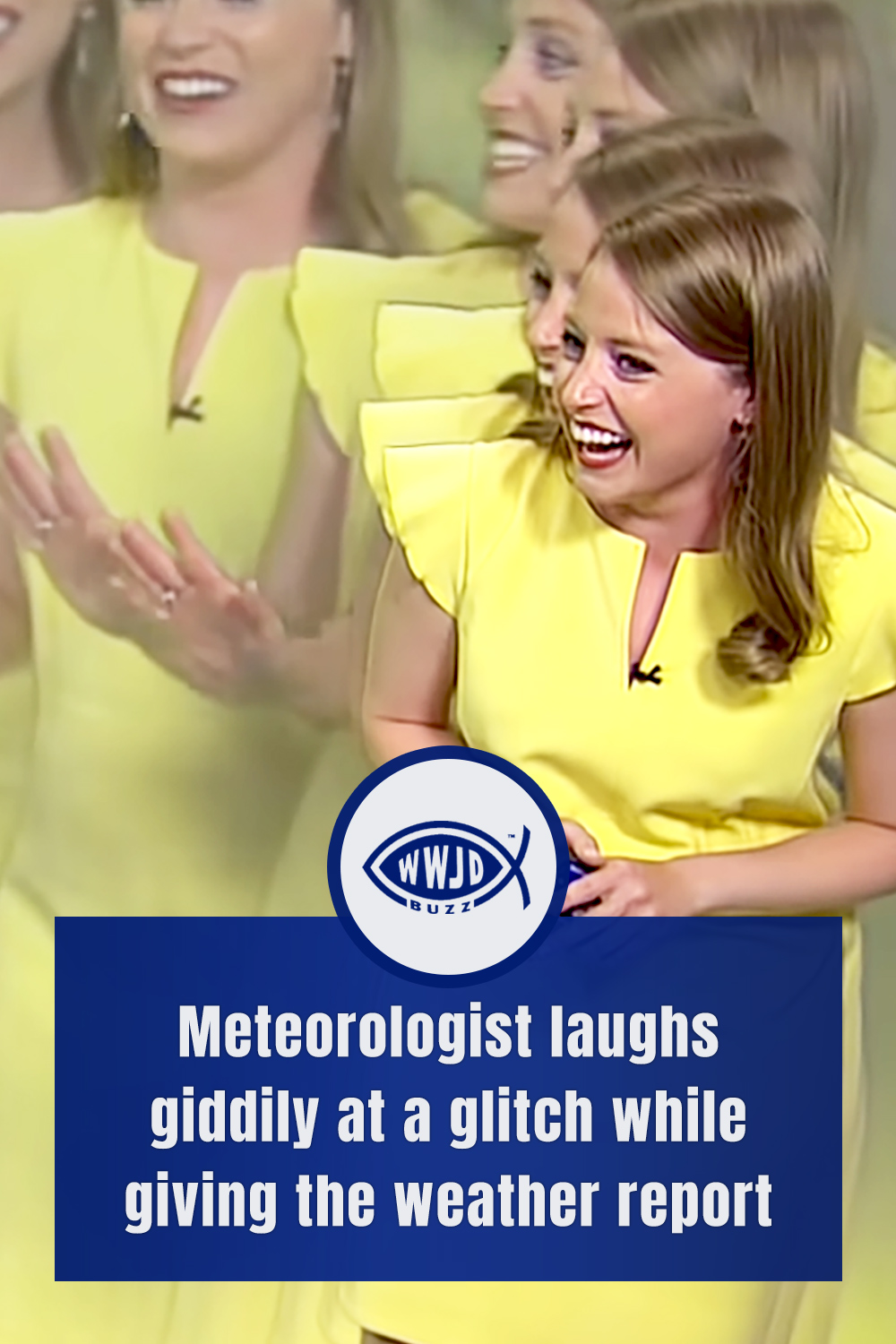