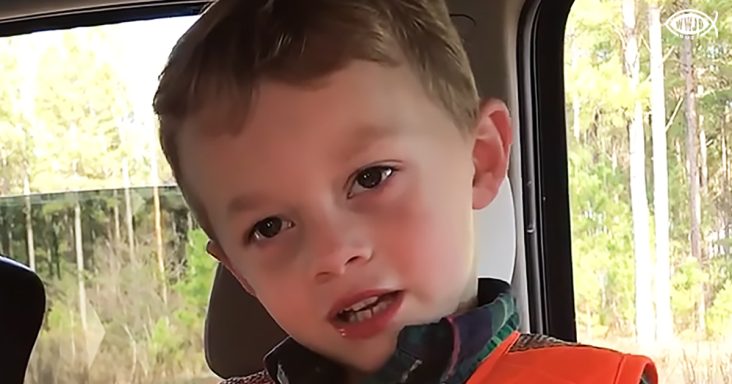 Do you have a best friend with whom you discuss everything? Maybe every now and again you two would come to a disagreement. See what happens when these adorable friends have a difference of opinion.

Adam and Britt are two best friends just chilling with one of their moms. Finishing up their meal from PopEye’s, they have a serious discussion about the animal they just saw in the woods.

One of the boys logically concludes that it was probably a deer. The other one is convinced it was a mawkey, or maybe a gorilla. Wait a minute, a mawkey?

His friend looks at him strangely and corrects his pronunciation of the word monkey. The other vehemently disagrees. The mom just sits there laughing and recording this priceless moment on her phone.

The two boys banter back and forth about what to call the swinging jungle creature as if this is the world’s most important issue to solve. Their adorable Southern accents only add to the hilarity.

Just when you thought it couldn’t get any funnier, the more logical of the two gives his friend a warning. He insists if his friend keeps arguing with him, he’d whip his tail.

This hilarious video demonstrates the priceless moments of kids who just don’t have a filter. That mom was probably so glad she decided to film their witty exchange to share with the world!