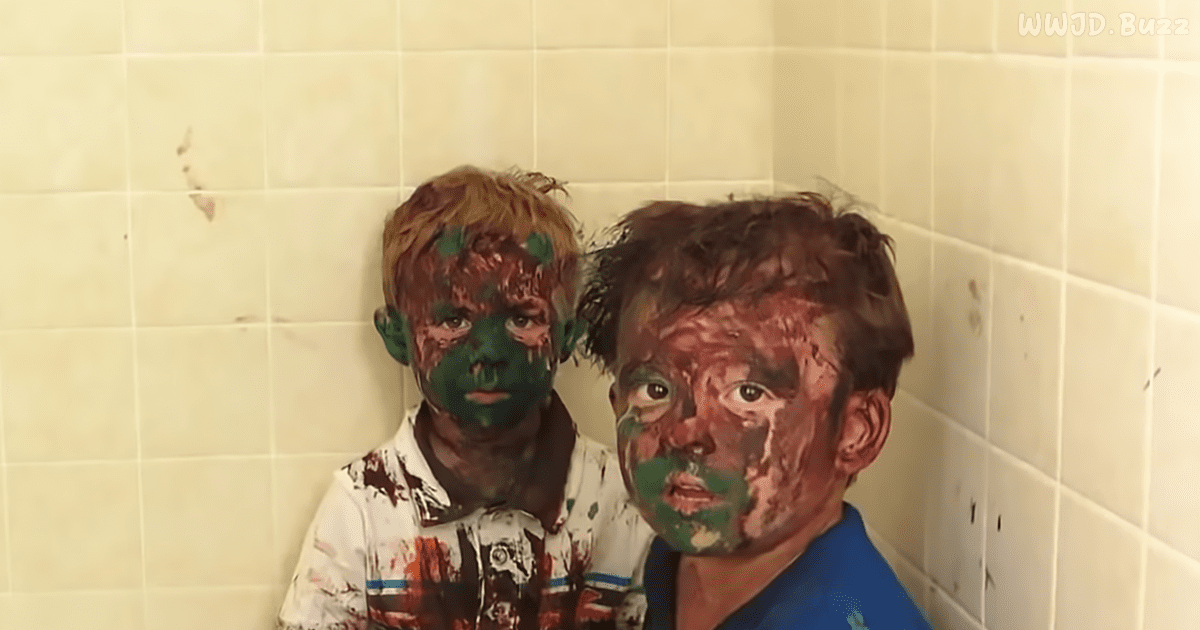 Kids are as unpredictable as the sea. You never know what to expect from them. If you have ever looked after little children, you probably had to go through some weird and unlikely situations many times. The poor dad in the video below has experienced a lot of shocking scenes, thanks to his two little boys. You will be in hysterics when you see the state these kids are in.

He caught his young sons covered with paint all over their faces. The dad does the obvious, which is trying to confront them. They are sitting in the bathtub, but the real action happened downstairs. These little guys seem terrified, and they are too stunned even to reply when their dad first confronts them.

Finally, big brother explains that the little brother made some stairs and got the paint off the shelf. It’s hilarious when the little brother shakes his head no. Dad asks them if they are in trouble, and they both reply, “Yes, Daddy.” It is too cute.

I don’t know how the dad can keep a straight face. When he asks if they should get a time out, they both say no. Of course, they say no! At one point everybody is laughing. Apparently, these two are going to bed with no juice, so I’d say they got off pretty easy. Bath time ought to be fun.

They might have made a huge mess, but kudos to dad for handling it in such a nice way. Watch this adorable family video below. This dad trying not to laugh while scolding his boys is sure to have you laughing, too. 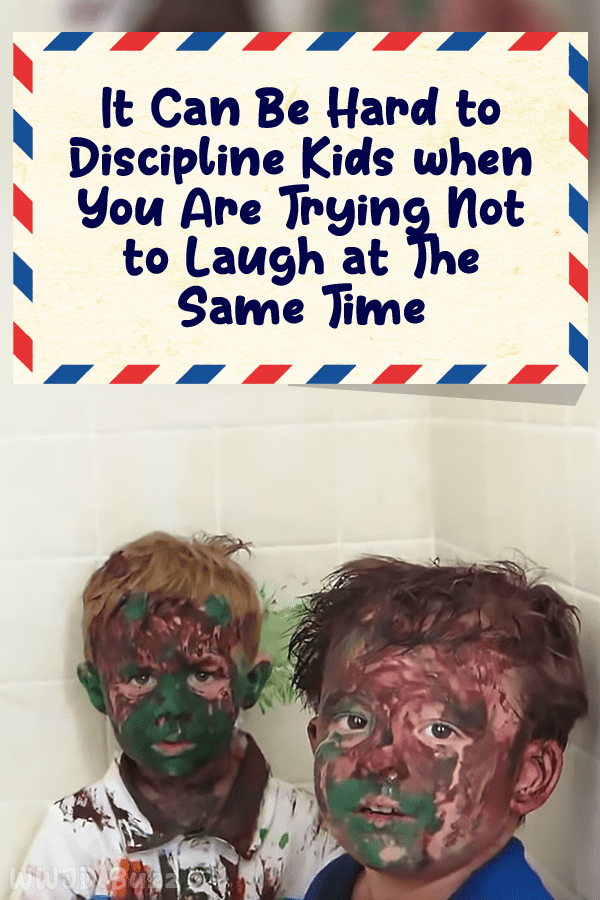