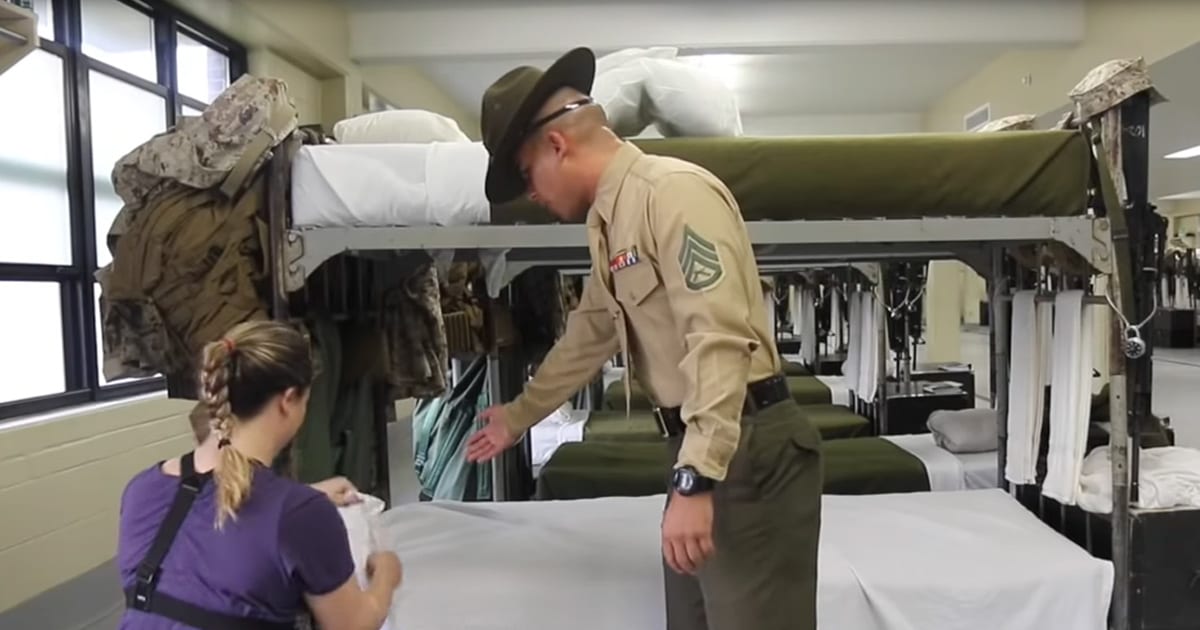 The drill instructors in the U.S. Marines have a reputation of being mean, strict, screaming machines that can turn anyone into a model citizen. One news reporter got a unique experience when she went to interview Staff Sgt. Ryan Granados.

Granados is a senior drill instructor at Marine Corps Recruit Depot Parris Island. He’s used to recruits listening to everything he commands without question. When Staten Island Advance reporter Amanda Steen met up with him, he gave her a taste of what it’s like to be a Marine.

Making your bed is one of the first things that new recruits learn. Though most people learn how to make their bed when they’re young, it’s nothing like what Granados teaches Amanda. In a loud, strict tone, he yells each instruction at her.

He demands that she says “Aye, Sir” whenever she’s spoken to. Ryan cracks a few smiles here and there to show that it’s all part of the job. While it’s safe to say Steen doesn’t make a bed how Granados would prefer, the two still have a good time.