Harvey Korman and Tim Conway are at it again in this Carol Burnett skit. This time Harvey’s character is interviewing Matador Dag Hereford (Tim Conway.) Harvey says he is one of the most skilled matadors, but he comes out stumbling and drunk. Tim says, “A week really times when you’re having a good fly,” in response to Harvey’s reminder that it is Saturday and time to get in the ring.

Harvey says it must be frightening to see a bull coming right at you. Tim responds, “You know how I feel when I see two of them!” They banter back and forth about how what he drinks affects the number of bulls he sees before Harvey moves on. He asks Tim about the outfit he is wearing. Tim says that it is all “tight,” and makes his face red and his eyes bug out.

Harvey tells Tim he looks heavy for a bullfighter and asks how much he weighs. Tim adds an extra ten pounds to the total, which confuses Harvey. Tim explains that it is because of the bull horn the surgeons left inside him.

Tim tells Harvey that his cape is for keeping the fruit flies off of him. Then Harvey asks him if he does any tricks with it. He explains how he knows one trick: to wrap himself up in his cape and turn his back on the bull. Harvey asks what that does for him, and Tim says it sends him straight to the fifth row. Suddenly, Tim stabs himself in the gut while explaining how bandoleros work. The crowd cheers, and Tim drunkenly stumbles out to the ring. 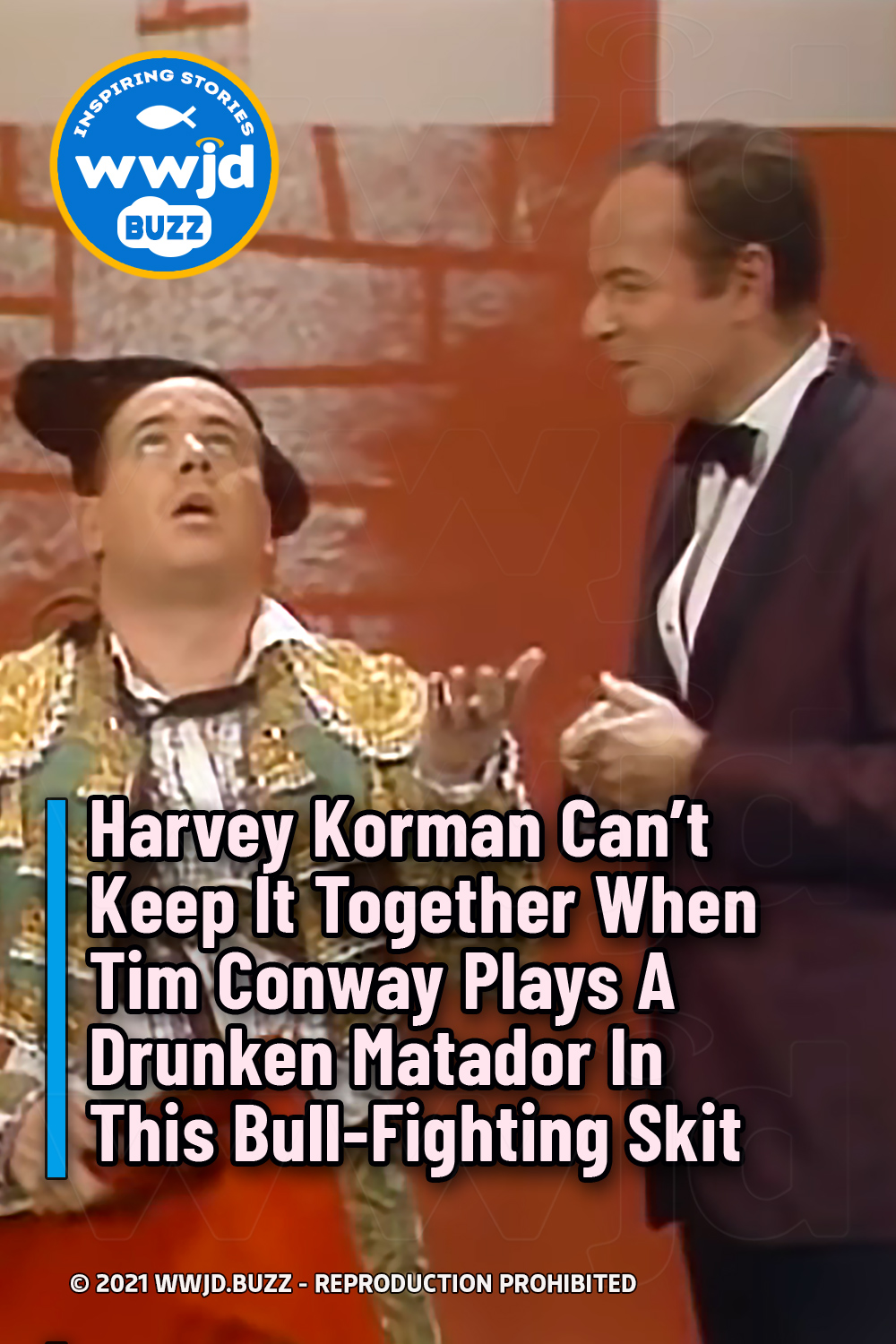