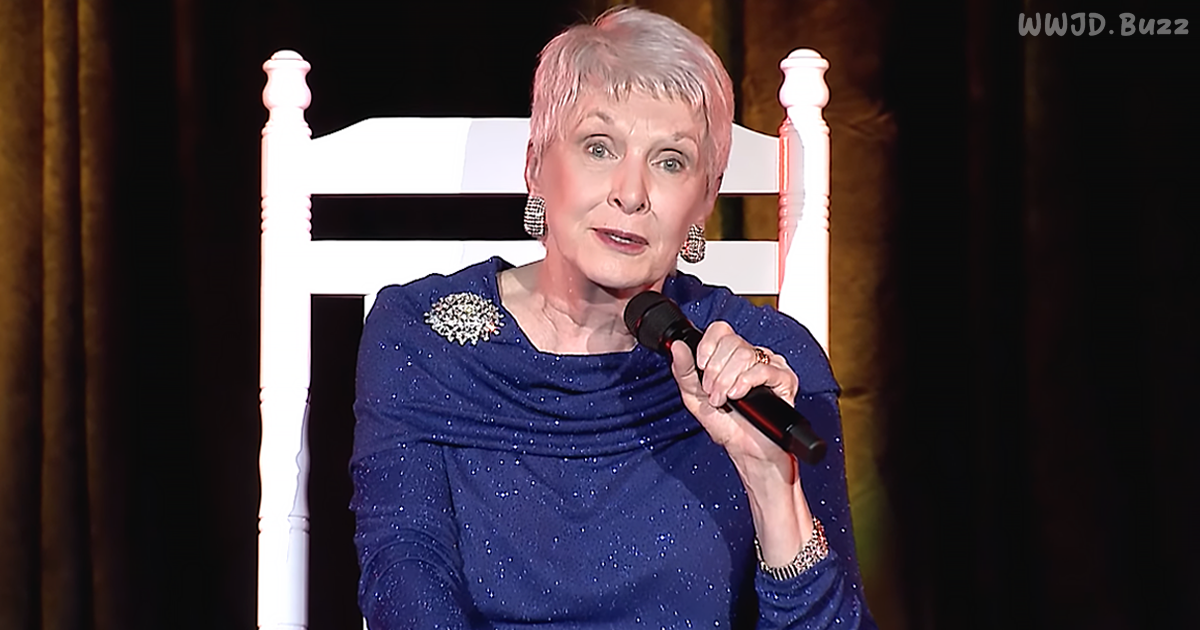 Jeanne Robertson Chats With ‘Toothpick Man’ At The Doctor’s Office.

Jeanne Roberts has been making people laugh all across American for years now. Her popularity really took off after some clips of hers went viral in 2009. She’s an author, a motivational speaker, and “humorist.” Jeanne has specifically stated that she isn’t to be confused with a “comedian.”

She said, “The humorist weaves the longer stories with a point. We don’t go ‘after’ anybody. I’m telling my life.”  Well, she’s telling “telling her life” regularly on satellite radio comedy channels like Laugh USA, Blue Collar Comedy, and Laugh Break.

This clip is courtesy of her comedy special, “Fabulously Funny.” Jeanne sits comfortably in a white rocking chair on stage with a mic in hand. She commences telling the audience about an encounter she had at her doctor’s office while waiting for a follow-up appointment after she had surgery on her femur.

Since she was still in a wheelchair at the time, one of Jeanne’s friends took her in and rolled her up next to a man at the end of one of the rows of chairs in the waiting room.  Jeanne described the man as “us.”  A stereotypical man from that area of North Carolina (and other areas around the country).  He was wearing a baseball cap “proclaiming his love of tractors,” jeans, and work boots.

Right away, Jeanne noticed one very obvious thing about the man – he had a toothpick sticking straight out of his mouth. So, obviously, Jeanne nicknamed him “Toothpick Man” for the rest of the time.  He politely tipped his baseball cap to her as her friend parked her wheelchair next to him.

During her entire time in the waiting room, Jeanne watched the man maneuver that toothpick like a pro. He could roll it around his mouth in perfect circles without dropping it a single time. Jeanne admitted that while in some areas like New York City, this might be considered gross, “Where we live, it’s art.”

If this story had you laughing, please share Jeanne Roberts’ video with your friends to enjoy, too. Then, join the conversation going on down below.