The cast and guest stars on television programs like The Carol Burnett Show had viewers all across America smiling from ear to ear with quick wit and hilarious jokes. A sketch titled “Mae East,” starring Harvey Korman, was no exception.

The clip centers around Korman interviewing the infamous icon played by Carol Burnett and the live studio audience is laughing right from the jump.

Harvey and Carol perfectly play off each other, and there’s even a surprise appearance from Mae East’s handsome employee, Ricardo. Carol Burnett has a unique ability to completely turn into her character, making each skit flawless.

She jokes that Liberace taught her how to walk the walk and leaves no innuendo left unturned. It’s safe to say this was as risque The Carol Burnett Show would get, yet somehow the jokes are still family-friendly enough to watch with anyone. 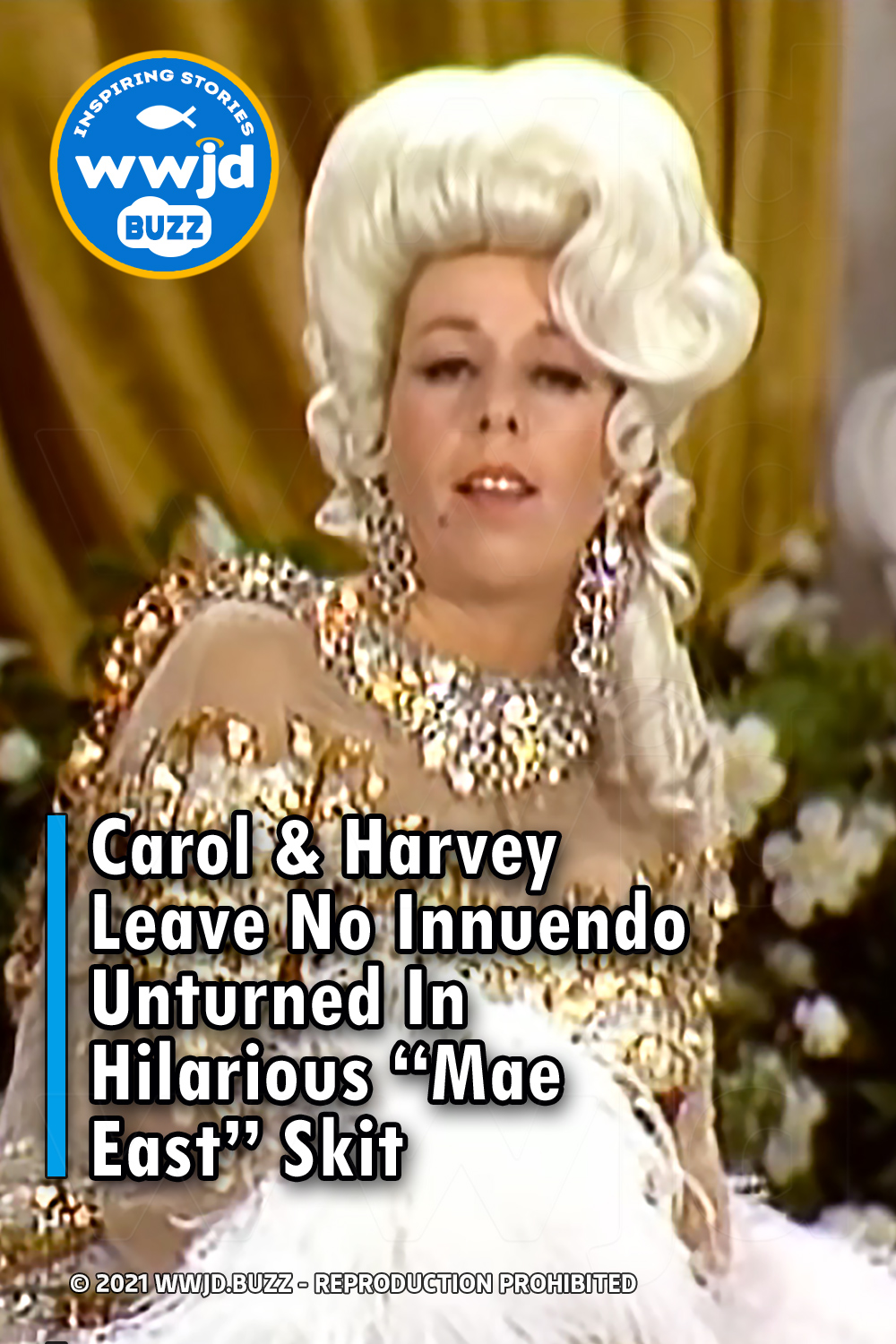