This is one of the most hilarious skits from the Carol Burnett show. Tim Conway and Harvey Korman are wandering lost in the Sahara when they stumble across a mirage. They come across what appears to be a bar in the middle of the sand. They bicker back and forth about whether it is an actual table or a rock formation.

Suddenly, Vickey Lawrence comes out and says, “Last call!” and Harvey and Tim are excited to see her. They again argue over whether she is real or fake. Harvey says, “You think you see a beautiful girl, but it’s really a cactus!”

When Tim’s character suggests that he and “the cactus” get married, Harvey’s character loses his mind. He beseeches Tim not to let the desert get to him, even smacking him around. Harvey gives Tim a sip of water out of the canteen while trying to convince him that the beverage in front of him is sand and the laughs come fast and furious.

These skits from The Carol Burnett Show are priceless. Tim Conway and Harvey Korman made a great duo. It is a shame; they just don’t make comedy like this anymore. This was good-natured fun that made everyone laugh. 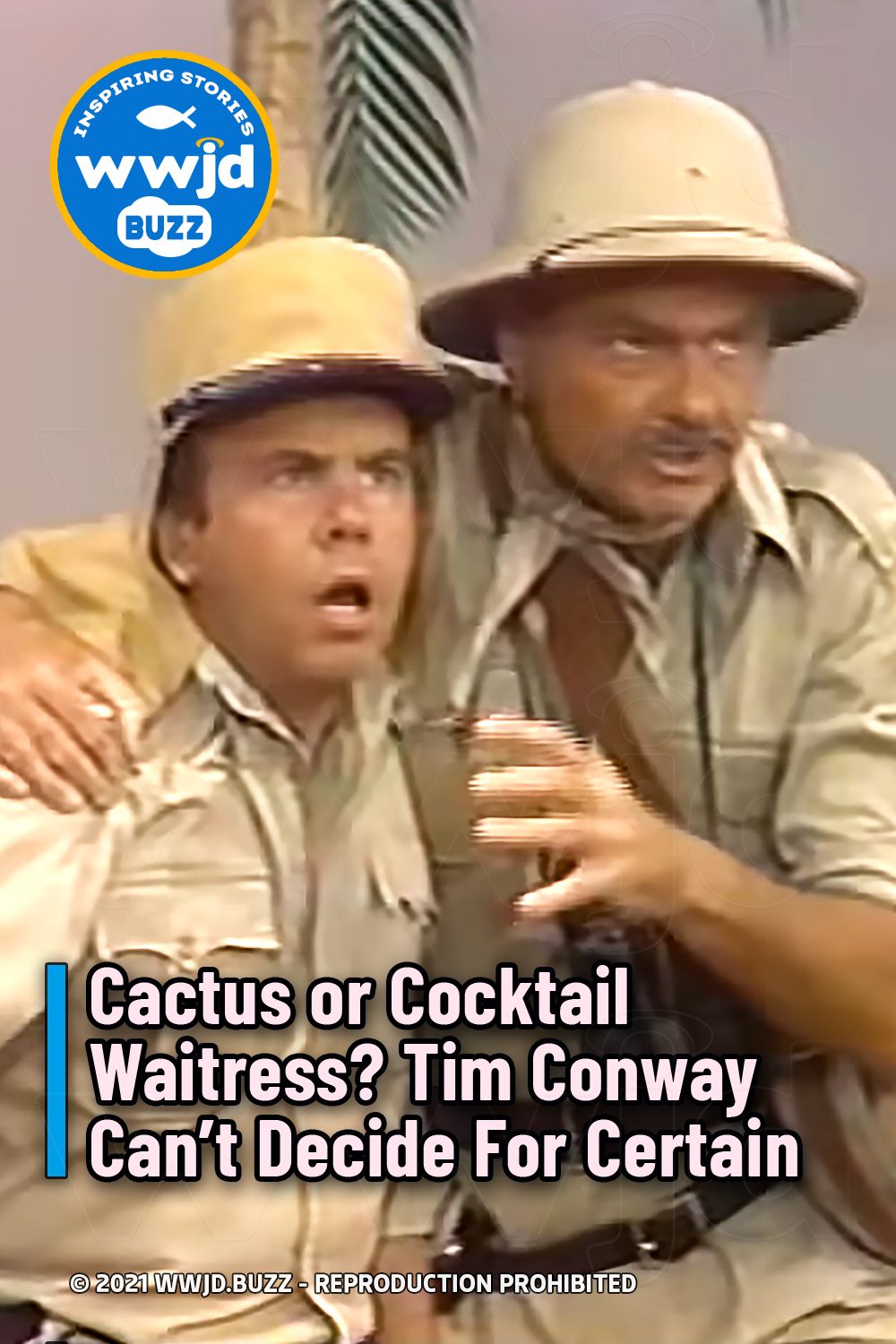