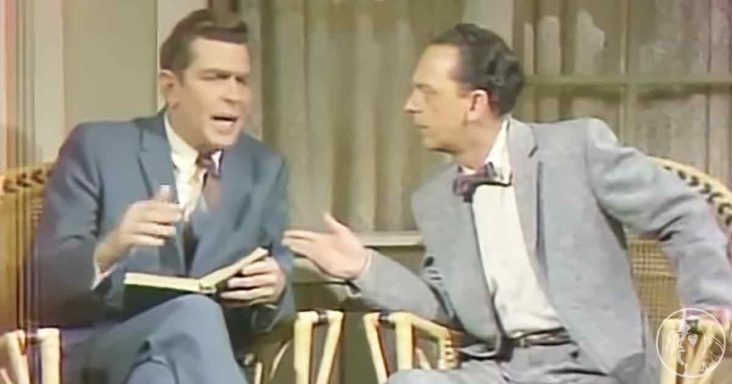 There’s no comedy team like Andy Griffith and Don Knotts. These classic TV characters are still going strong in syndication, even with The Andy Griffith Show being over sixty years old.

Griffith and Knotts recreate the hilarious ‘Gettysburg Address’ scene during a 1965 CBS special in this video.

Andy and Aunt Bee sit in wicker chairs on Andy’s porch after Sunday dinner. Andy thanks Aunt Bee for lunch and comments on how they’ve overeaten. Barney jokes that everything he eats turns to muscle.

The two talk about the weather and how it’s changed.

“Yep, everybody talks about the weather, but nobody does anything about it,” smiles Barney. Andy laughs. Barney attributes the saying to Calvin Coolidge, and Andy looks a bit confused.

Andy remarks that history must not have been Barney’s best subject, and Barney is indignant, exclaiming that it was indeed his best subject. In fact, he made straight B minuses.

The two best friends make a bet for a bottle of pop that Barney can’t remember the first line of the Gettysburg Address. The back and forth that ensues afterward is hilarious. It’s hard for Andy to keep a straight face as Don contorts his and becomes all the more confused. These two are indeed a delight to watch. It’s no surprise America is still watching them today. 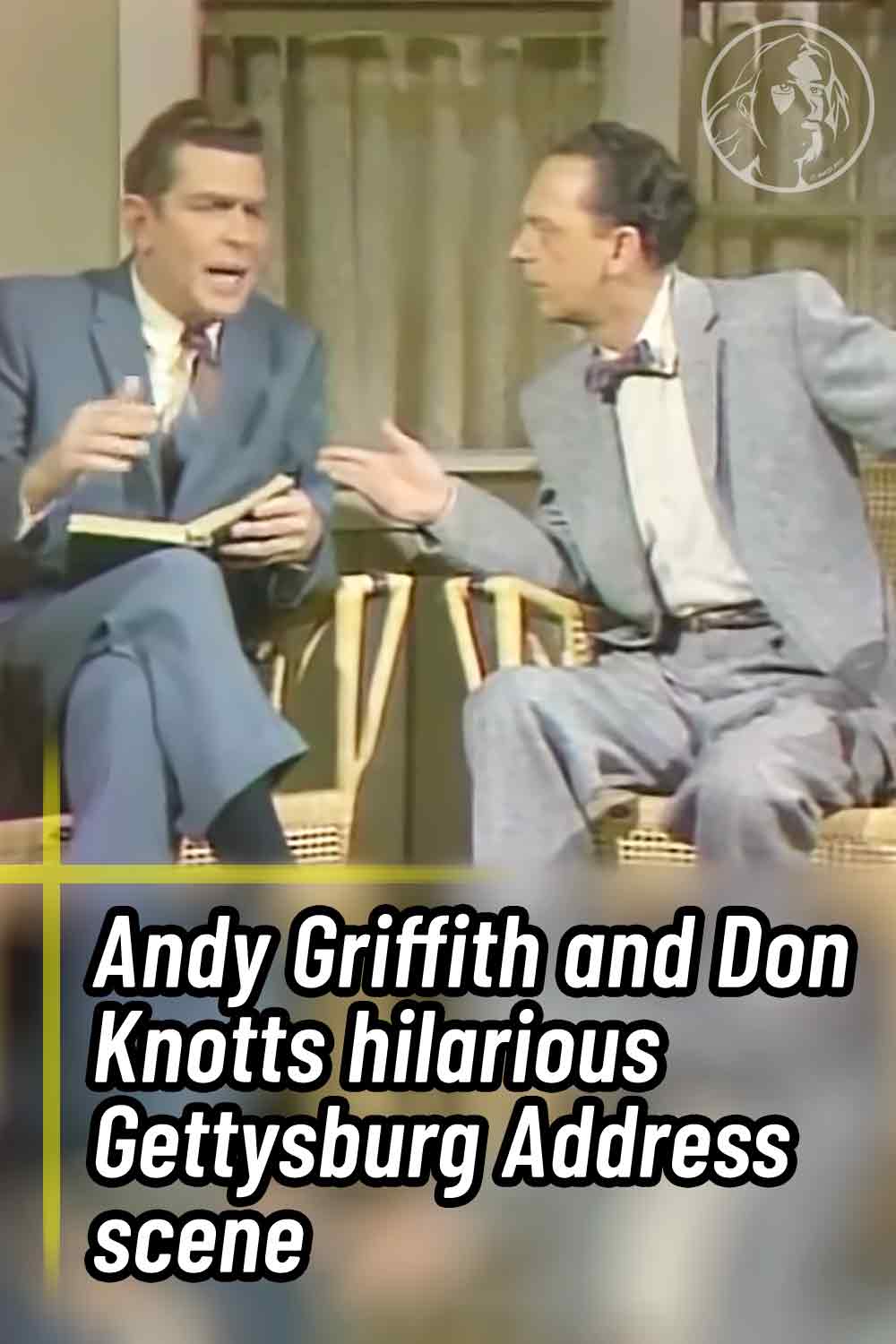