Actors, comedians, singers, dancers, and others in the entertainment industry usually have to work long and hard hours before they’re in the spotlight. Even authors get denied by several publishing companies before making it big; just look at J.K. Rowling.

The same can be said for the late, great comedian Phyllis Diller. She made an appearance on the classic show; You Bet Your Life. While she wasn’t a household name at the time of her visit on the show, she had her foot in the door.

Groucho Marx is known for his quick wit and hilarious jokes. He spends the first half of the show talking with Phyllis’ husband before he turns his attention to her. Diller was a pioneer who helped pave the way for future female comedians.

The iconic woman then gave an intimate stand up show, unlike anything we’ve seen her perform before. It helped put her on the map and was an incredible boost for her career. Our favorite part is how the ease at which Diller goes from a casual conversation to a comedy routine is as smooth as butter. 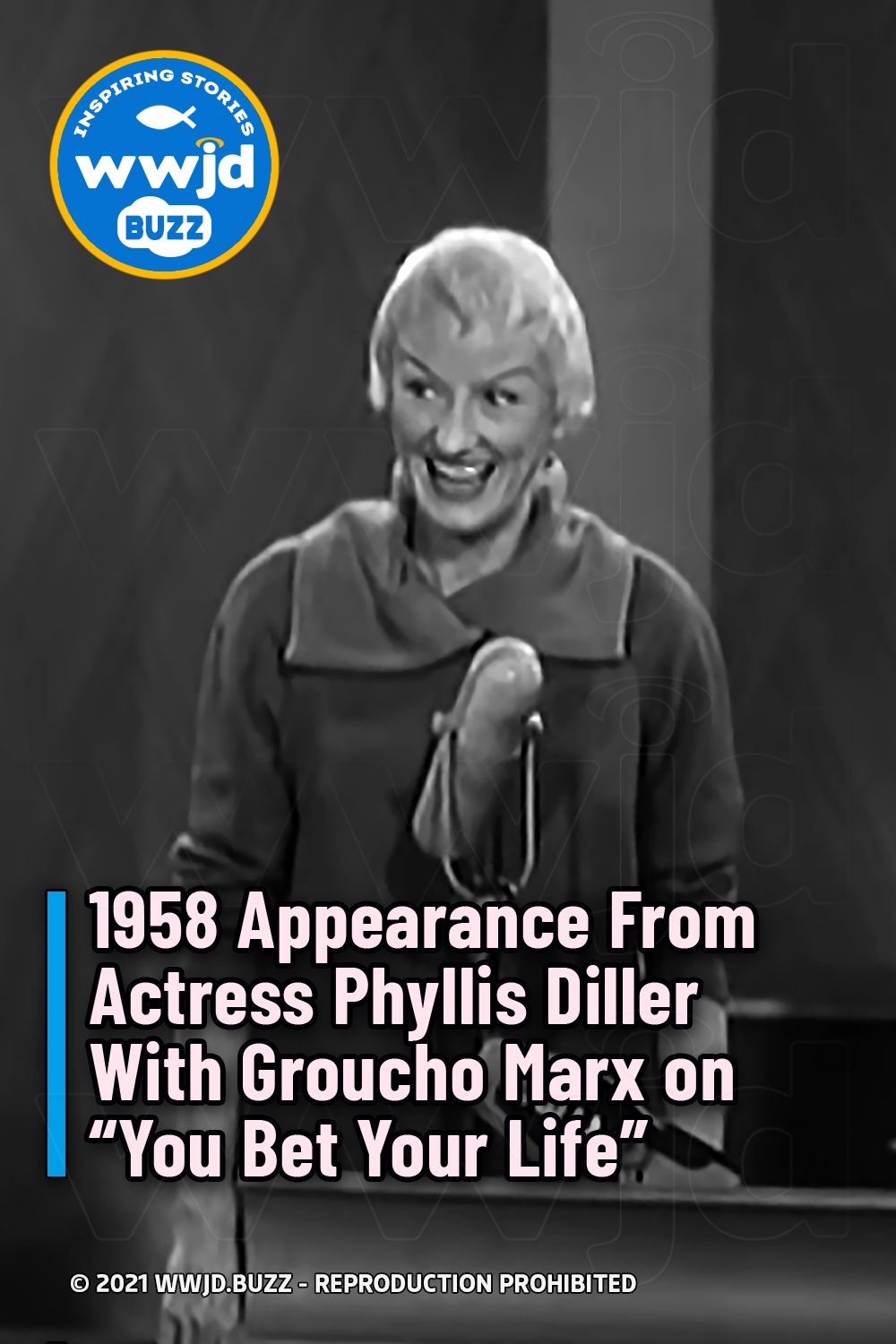