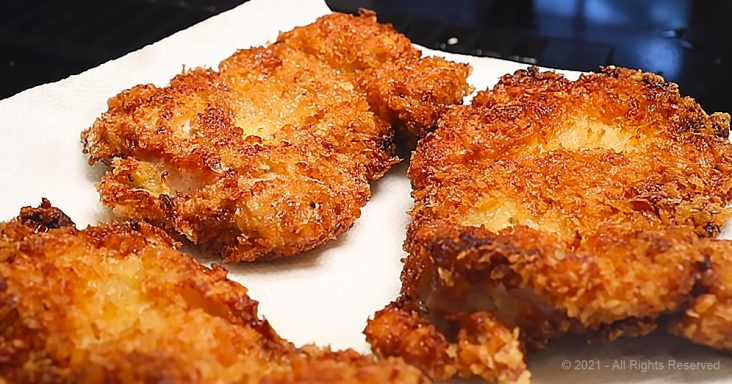 Panko is a unique kind of breadcrumb. And it turns out, it might be better than most. But what makes panko so different from other breadcrumbs and gives it the qualities that make it work better?

Youtuber Adam Regusea spoke to Upper Crust Enterprises, a panko company, to understand more about what makes panko so much better than normal breadcrumbs. They’re both made from bread, they both are used to make food crispy, and they both are often found on fried or baked food.

So if panko is just bread, how can it be different from regular breadcrumbs? While regular breadcrumbs are made directly from stale or toasted bread, panko is made from, essentially, electrocuting dough. The result is a bread that still looks like dough because it cooks from the inside out (instead of the other way around).

And while we can’t be completely sure how people figured this out, the CEO of Upper Crust Enterprises said his father had an origin story for panko. He was taught that soldiers didn’t have any food and were hungry. They only had flour. So they made a dough of sorts and hooked it up to the engine of a tank to try and cook it. The result? The bread that now makes panko.

On a micro-level, the cooking method makes these bread different as well. When they were put under a microscope, it was easy to tell the difference. Regular breadcrumbs were dense, while panko had much more room. It was airy. This means that oil has room to drain off after frying, instead of getting soaked up as it does with regular breadcrumbs.

“Panko is foolproof,” Ragusa said. “Crispy every time. I’m running out of reason to use any other kind of breadcrumbs for anything.”