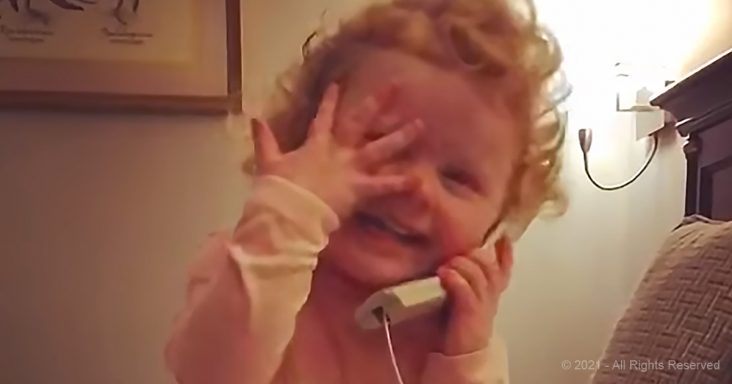 A little girl takes a hotel phone and has a full conversation with her best friend. With the intensity of the conversation, you’d think there was someone on the other line.

If they gave Oscars to toddlers, then this Daisy would be a multiple-time winner. With boredom being the main motivator, a toddler picks up the hotel phone and has a full conversation. It takes a while to notice, but she is the only person on the line.

The acting is spot on, with enough pauses to make you believe that she was talking to a live person. Technically, she was having a conversation with her imaginary best friend.

But the most amazing thing about the video is the mannerisms. The hand gestures and body language point to something quite peculiar. That means there is a good chance she has seen this conversation a million times at home.

No one knows if Daisy is mimicking an older sister or her mother. The imitation seems spot on, right down to being interrupted by her dad when it’s time to leave.

This moment was pure joy for the dad, as he wasted no time sharing it on all of the social media. He probably got an extra chuckle as he realized his daughter picked up some home habits. It was a memorable part of a family vacation, and hopefully one of many more in the years to come.