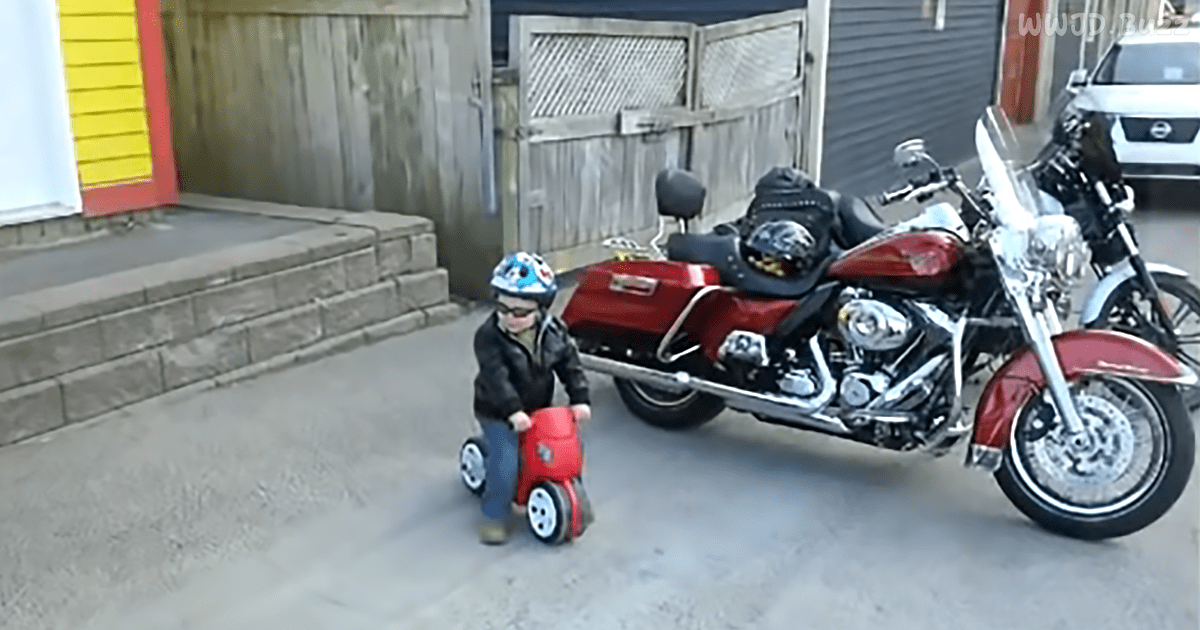 Constable Shawn Currie, posted around Halifax waterfront, has a lot of duties to attend to. One of them is to make sure the circle is clear for emergency vehicles. But sometimes, bikers tend to park there. And one of them has been breaking the internet with his cuteness.

Three-year-old “biker” Declan Tramley is going to melt your heart with his boardwalk explorations. One of Declan’s favorite things to do on the waterfront is to check out other motorcycles in view. He even wears his leather jacket and goes around to mingle with his fellow bikers.

One day, however, he decided to park his bike where the other bikers did. That’s when Constable Shawn went up to him and pretended to give him a ticket. Wait till you see the little guy’s reaction.

His dad took a picture of him receiving the ticket, and sent it to the Halifax police social media account, and it went viral. No one ever expected this humorous act by the police to be such a big hit. It’s had over 450,000 views on their social media page.

Constable Shawn says that he’s glad that people can view this and see another side to the police officers that is not always so serious. Declan’s mom says he loves his ticket and even tried to sleep with it. Just wait till he’s older and gets a real one. Watch this hilarious story in the video below.