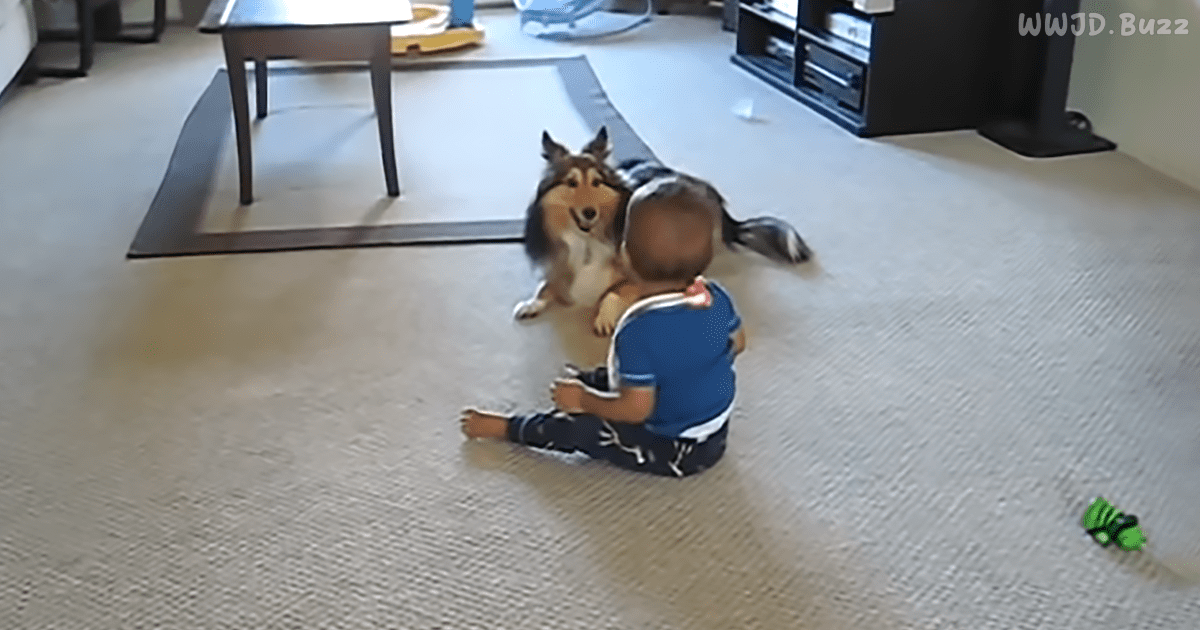 Dogs are the friendliest and most adorable creatures I’ve ever seen in this world. They get alongside so well with us human beings that we proudly name them our best friends. They have offered their friendship to us since ancient times, and they’ve never left our side ever since.

Today, our video shows a cute Shetland Sheepdog named Pumpkin appearing out of nowhere, hilariously playing in front of a toddler. The dog is obviously very excited, and his restlessness is sheer entertainment to the toddler.

When Pumpkin comes close to the little boy, he acts as if he is going to pounce, then runs away excitedly, keeping just out of reach of little hands. As Pumpkin rushes around in a frenzy, the toddler can’t seem to get enough of it, laughing hysterically each time Pumpkin comes near him.

This baby boy is lucky to get one of these incredible friends as his companion. I can’t stop playing the video over and over. Watch the video to see a precious bond build between an infant and a canine. It’s definitely one of the cutest animal and baby interactions that I’ve ever witnessed.