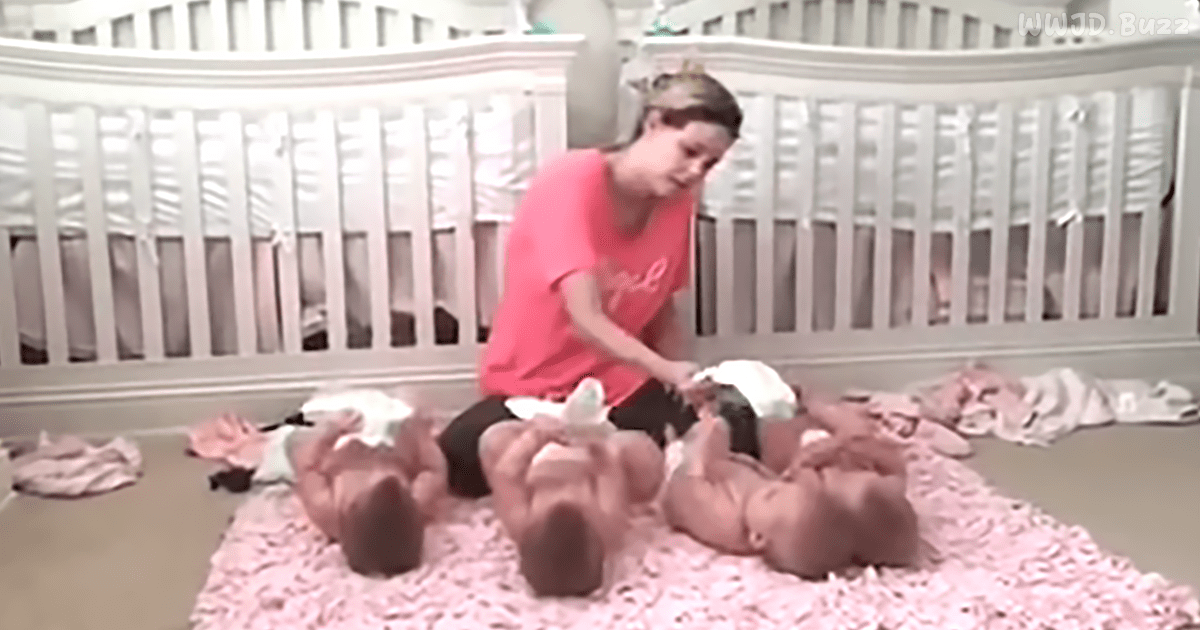 Babies are a true gift to their parents. But taking care of them is not a small task. It not only takes all of your energy and 100% of your attention, but you also need immense patience and tolerance for it. Looking after one kid is a tough enough job, now multiply that by four. Taking care of quadruplets is unbelievably hard, but it looks like this wonderful mom in the video has it under her control.

In the clip, the woman starts changing and dressing her babies. She put them all in a line in front of her. But while she is working on one of them, the other three start moving. The poor mama has to stop everything and round them up once again.

Most of us would probably have given up from frustration or maybe even hired a nanny, but this mama insists on doing this funny routine by herself. Talk about being organized! And fast! Even though the video is sped up, you can still see how skilled she is at getting their onesies on and off and how fast she gets a diaper on each one of them. I’m very impressed.

She gets the babies involved too. They have to hold their own clean diaper while she changes the one before them. They all do a good job of doing their part, but the one on the end is quite active and is so funny. She keeps rolling away! Poor mom has to put her back in line again. Perhaps she should put her in the middle next time. 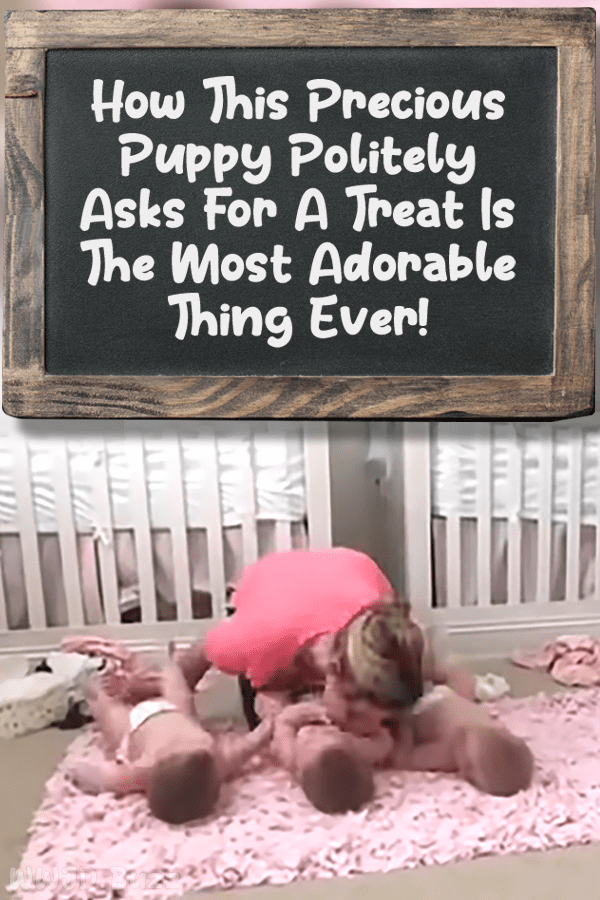