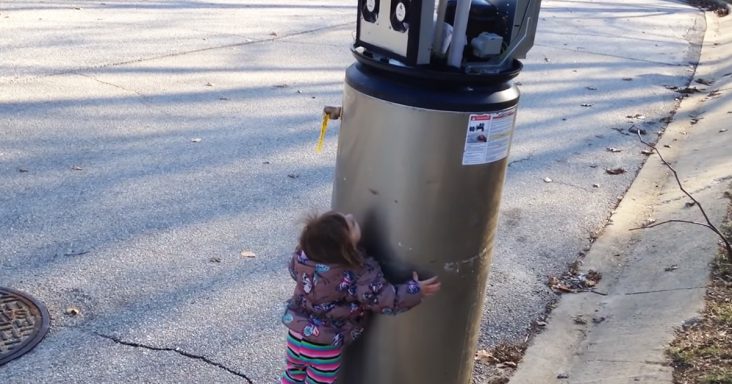 An abandoned water heater stood on the side of the street, cold and alone. It was a clear and sunny day, but the air was frigid and the wind was persistent.

Rayna, an adorable little girl, wore bright striped pants and a jacket with large butterflies on it. She walked up to the water heater and looked at him curiously. His large round eyes gave no response.

The water heater was surprised when the girl started to approach him. She gave him a warm hug, disappearing from his vision. Her arms were short, but her heart was bigger than the both of them. 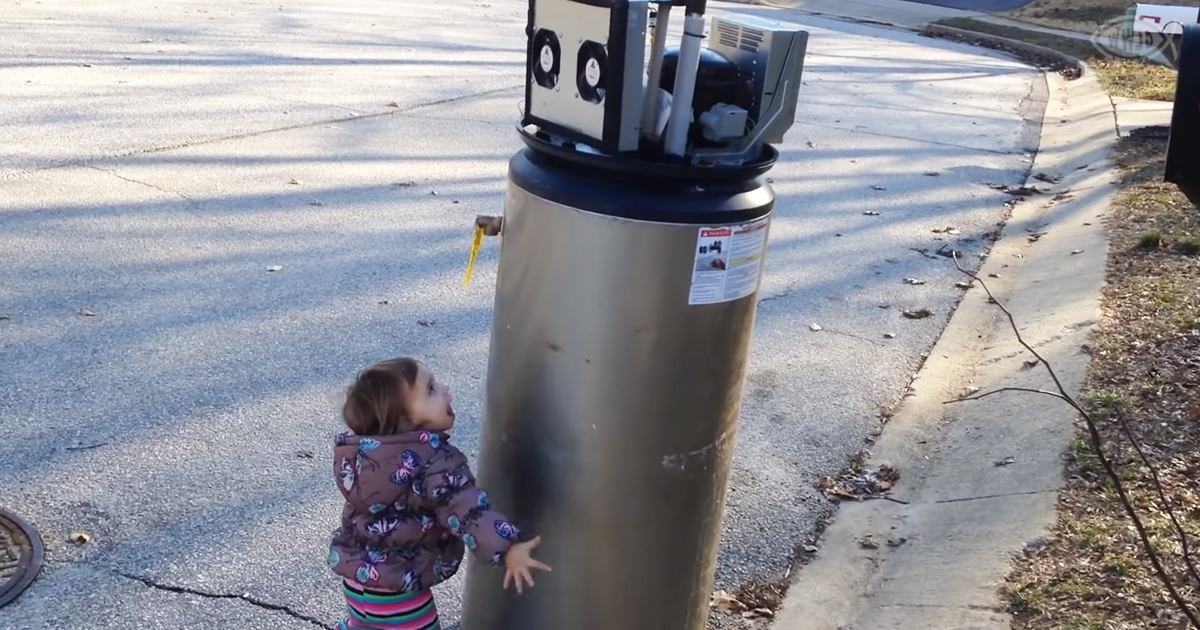 She called him a robot, and he realized that is what he was. He didn’t know it until that moment, but being a robot is what he was always meant to be.

The little girl told him that she loved him, and he wanted to reply but he didn’t have the proper parts to accomplish such a task. But the girl seemed to understand that he was limited.

It did not bother her that he was silent, she seemed to have insight that was well beyond her years. He stood there and accepted her friendship wholeheartedly.

Without her love, the robot would not have come to life. All he could do was stand and receive her friendship and hugs, for Rayna that seemed to be more than enough. 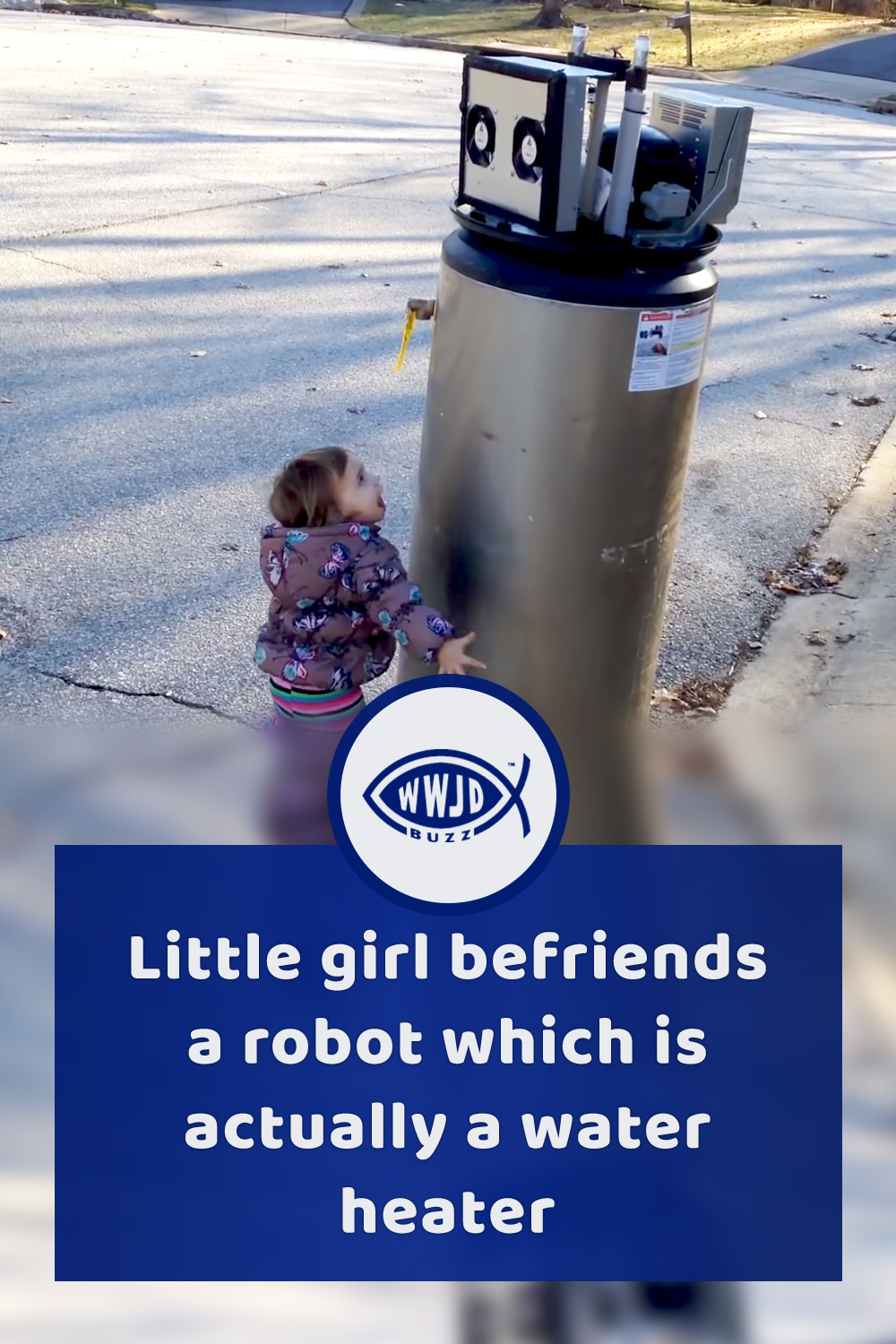