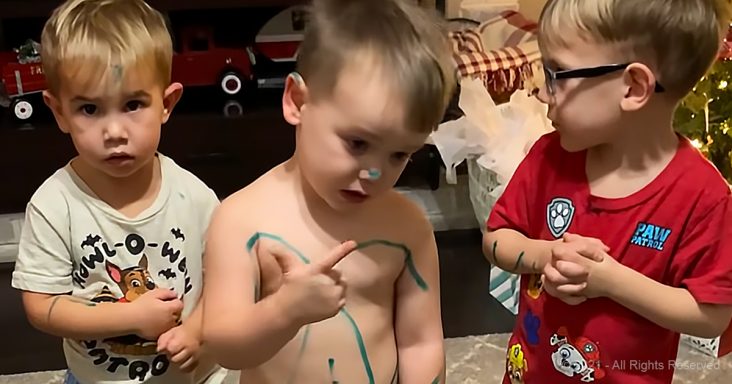 These three toddlers have stepped in it big when they drew all over one sibling. He takes his first wobbly steps into legal defense.

It always happens when you let them out of your sight. This one mother heard her three sons giggling. Nothing out of the ordinary. She figured they must have been playing with their toys.

When she checked in on them, she saw that one of them was shirtless and covered in marker, playing the part of a human canvas for the other two siblings.

She didn’t have to tell them that they stepped in it big. They already knew. The one that had been the canvas was somehow elected to speak for the group. Now that’s throwing a homie under the bus, right there.

Anyway, the ambassador of the diminutive and damned explained that his brothers “just wanted to be bad guys” for a brief span of time. They look at him like he botched negotiations in the worst way.

Mommy’s stifled giggles let us know that she’s keeping her sense of humor, but also trying to impress upon these adorable evildoers that marker is for paper, not people. Hallelujah, it wasn’t Sharpie. 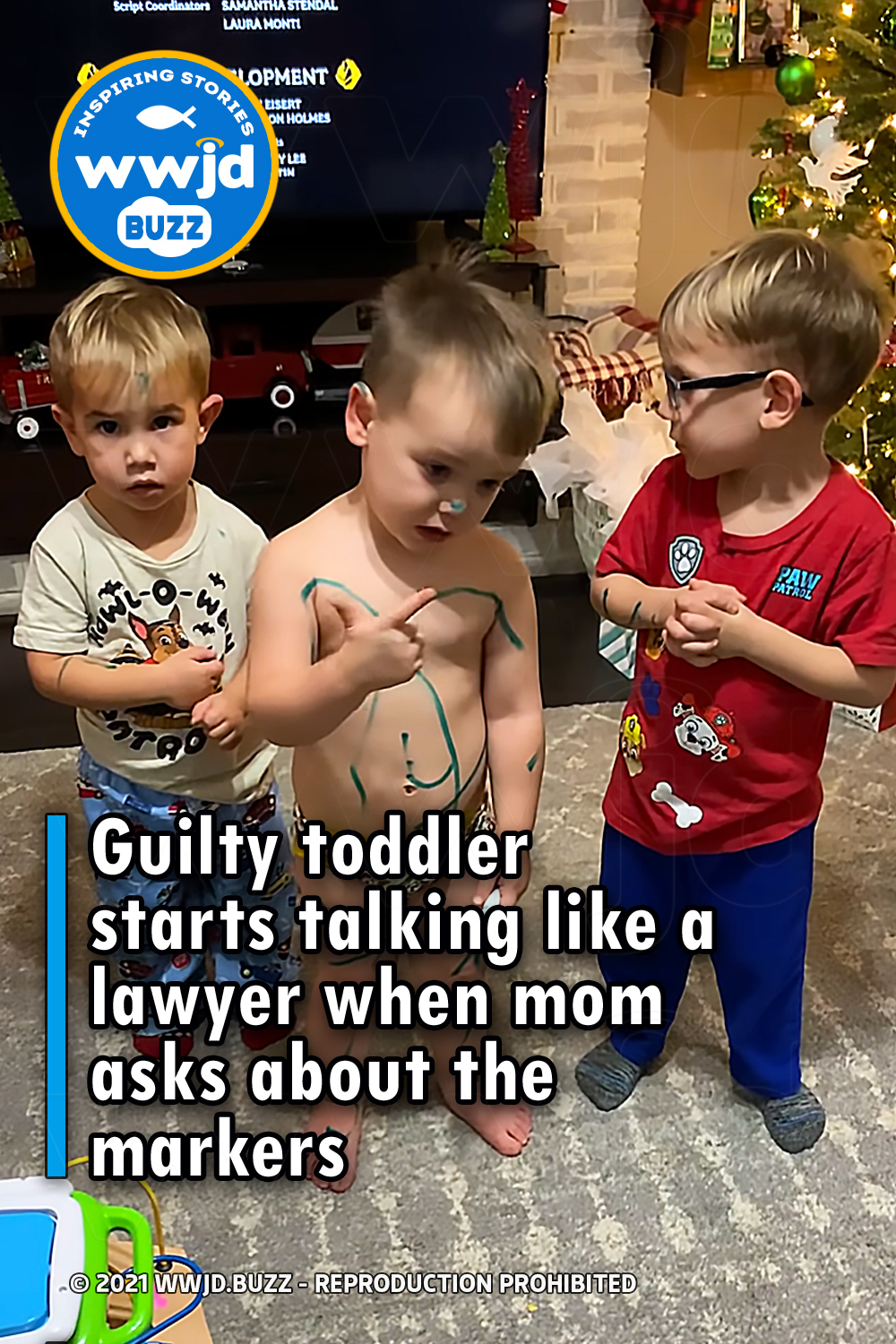