This bride wanted all her nieces and nephews to be a part of her special day, whether they made it down the aisle or not. She was prepared for someone to have a meltdown, although she assumed it would be the littlest flower girl. The older girl’s uncle messed up the order and tried to get her to walk down the aisle holding her brother’s hand.

Weddings are a complicated affair, mainly because there is so much pressure on the day. Someone at the wedding, whether it be the bride or the bride’s mom, or even the groom, believes that the day will be perfect. If you expect a perfect wedding, you might want to omit the flower girls and ring bearers, as children are highly unpredictable. The littlest things can create the most magnificent tantrums, ever!

The music begins, and you don’t see anyone, but you can sure hear that there is a toddler back there somewhere! If you look closely, you can see the uncle try to soothe the child while encouraging her to walk down the aisle and carry out her job of tossing petals. Instead, she screams louder and races down the aisle as fast as her little legs will go, where a chuckling bridesmaid scoops her up.

She looks angelic in her adorable white dress with pink trim, but her red, tear-streaked face doesn’t convey innocence and joy! Just as she moves out of the video frame, her brother and the other tiny flower girl make their way towards the bride and groom. He buries his face in the ring pillow out of embarrassment as he walks down the aisle holding the hand of another toddler. He is so over it that by the time he reaches the altar, we can see him stomping his feet. While this may not be the video they hoped for; it was hilarious. 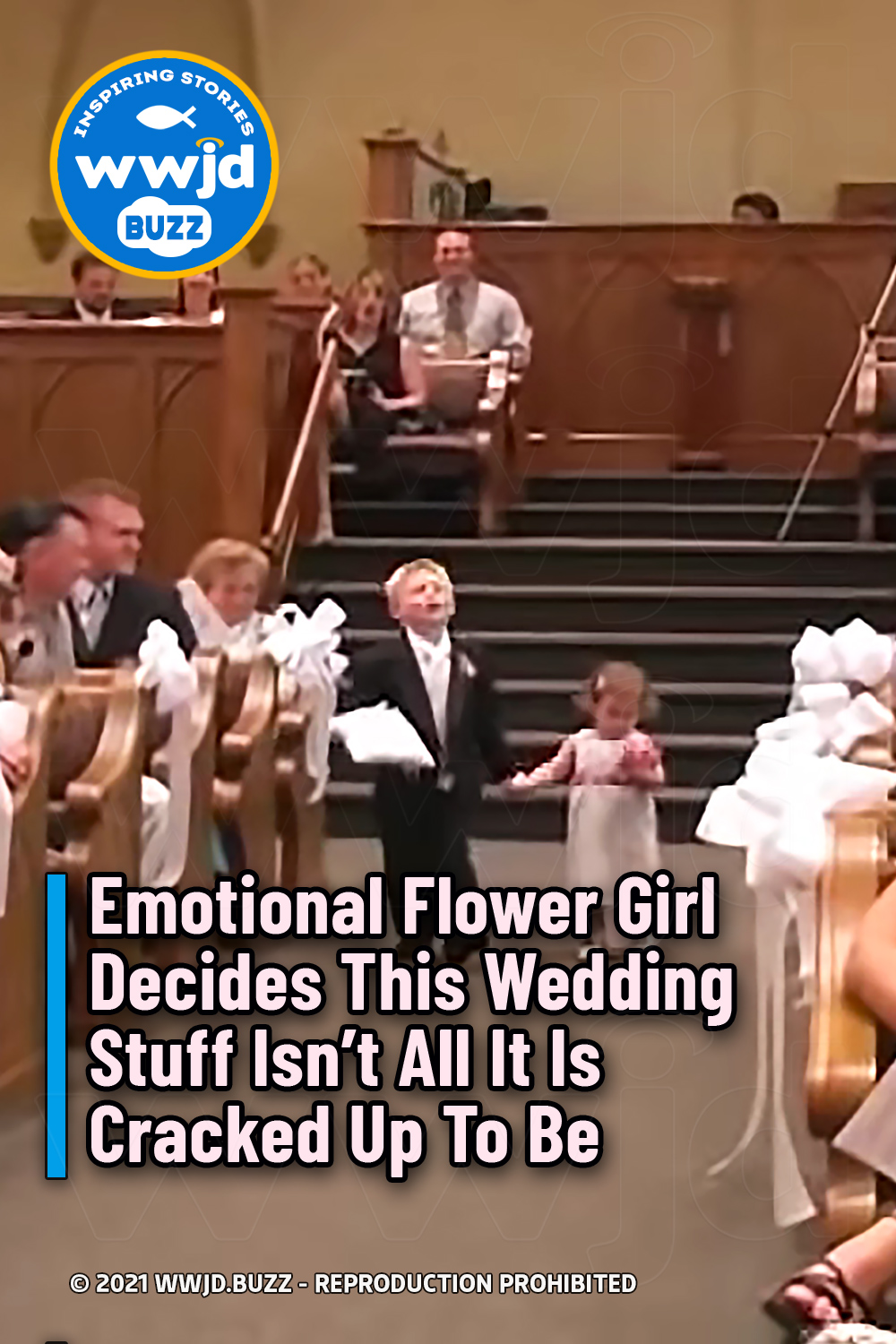