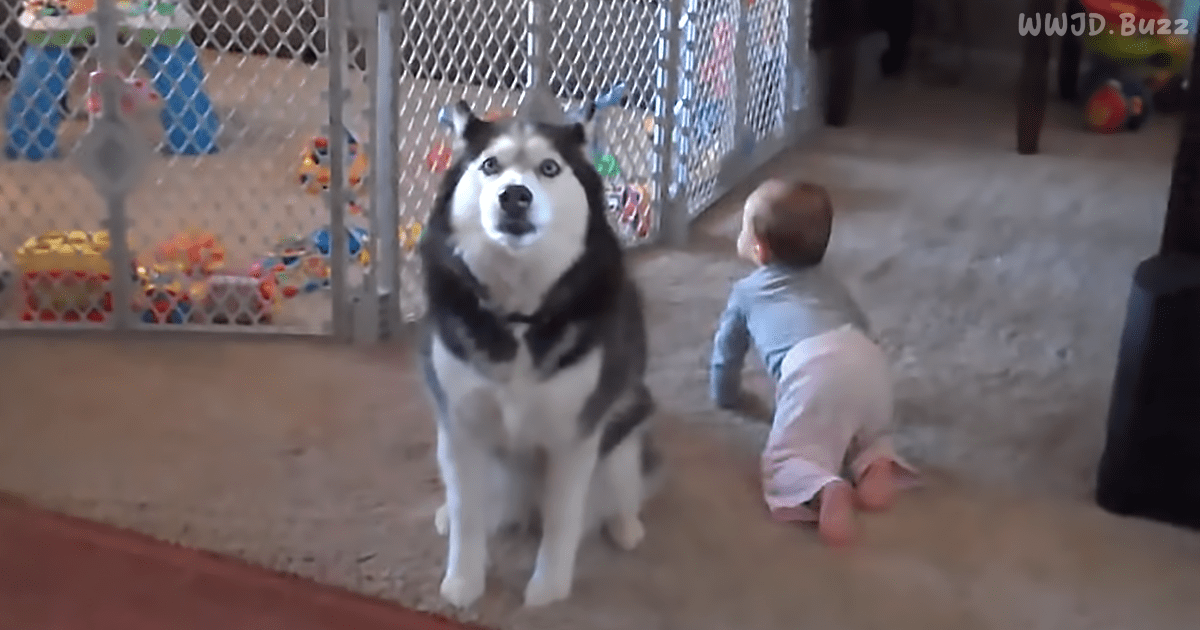 Huskies are known to be a very talkative breed of dog. They chatter away and there has been plenty of talking husky videos. But this video shows a conversation between a Husky and a baby.

As its name suggests, the Siberian husky originated in the vast region stretching across central and eastern Russia. Specifically, the husky’s home is the far eastern part of Siberia across the water from Alaska.

The indigenous inhabitants of that remote corner of the world, the Chukchi, bred huskies to help with hunting.

The scene was so cute that the baby boy’s dad rushed to get his phone so he could record it. When the little boy reaches out with his hand as if to say, “Hi!” to his friend the husky, you’re guaranteed to smile!

The baby is just talking and the husky is answering back. Mom left the two together for a minute and when she came back they were doing this! I’m so glad she grabbed the camera so she could share it with us.

What do you think about this video? Tell us what you think. If you liked this story, share it with a friend. We’d love to hear from you. 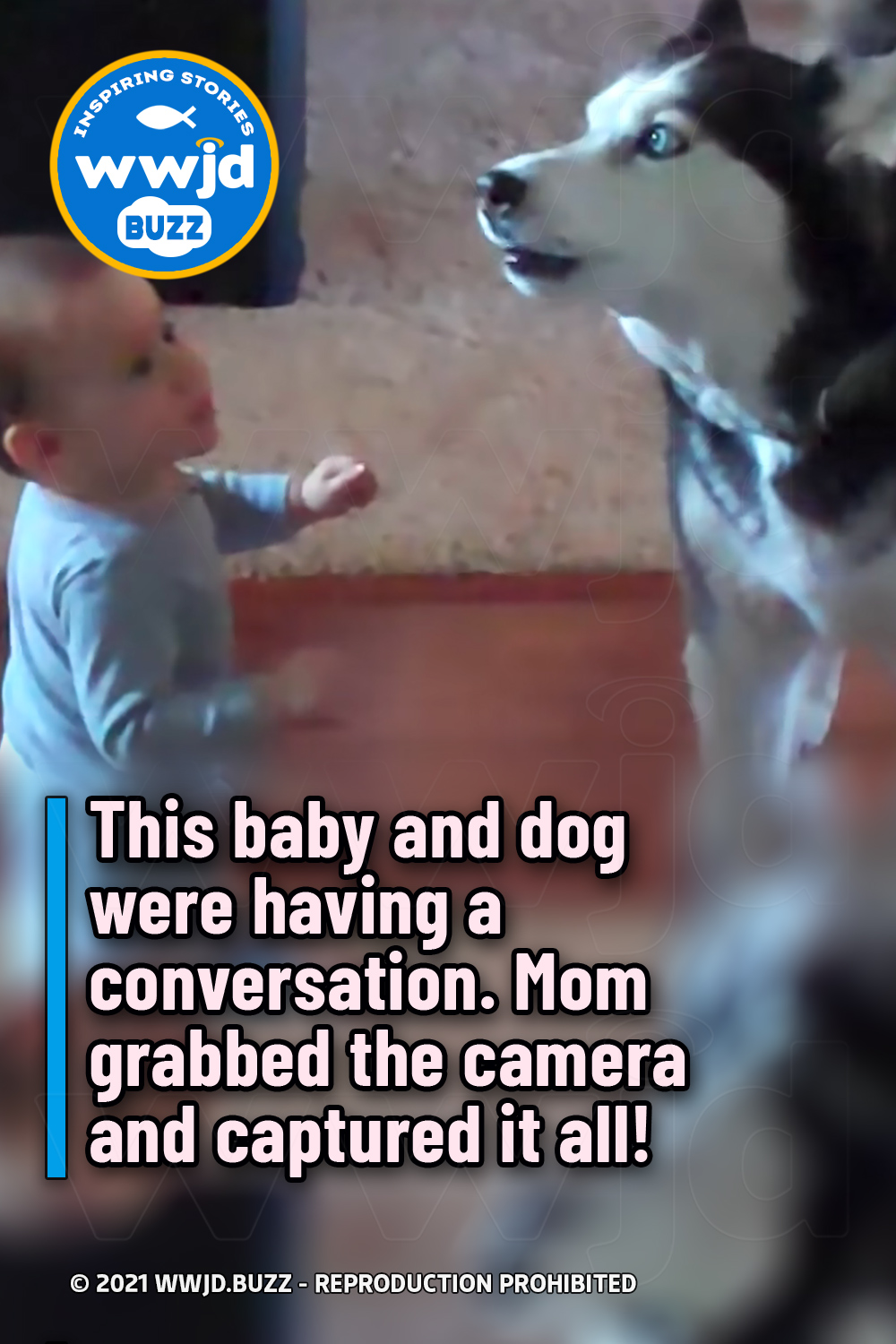