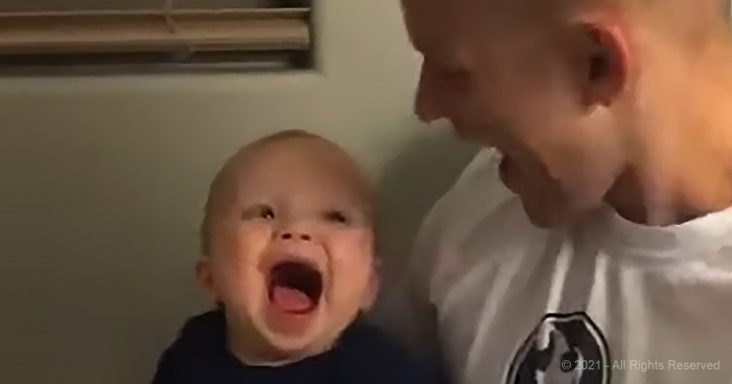 A toddler couldn’t have been more proud of himself as he worked through a children’s book with his dad. He mimicked the dad’s shock and surprise as the book got more exciting.

“Now five taps on the yellow one,” dad instructed. “Touch the yellow one!” The father was patient with his son, giving him time to get the action correct. And when he did, he flipped the page to something more exciting.

In this case, the number of yellow circles on the page grew. The dad and son looked at each other, mouths agape, surprised, and excited at this turn of events. Mimicking his dad, the baby looked extremely happy.

Each time the father turned the page, the young child would “gasp” by opening his mouth wide and quickly look at his father for validation that he was doing the right thing.

And dad would give it to him, pausing before moving on each time the toddler wanted to be excited. He would mimic him back and reinforce the behavior with smiles and audible gasps of his own.

At the end of the video, the child wanted to skip ahead without putting in the work and finding the correct color to tap. Dad wouldn’t let him. It was well worth it, though, when he finally got it and he got to exclaim in excitement with his dad once more. 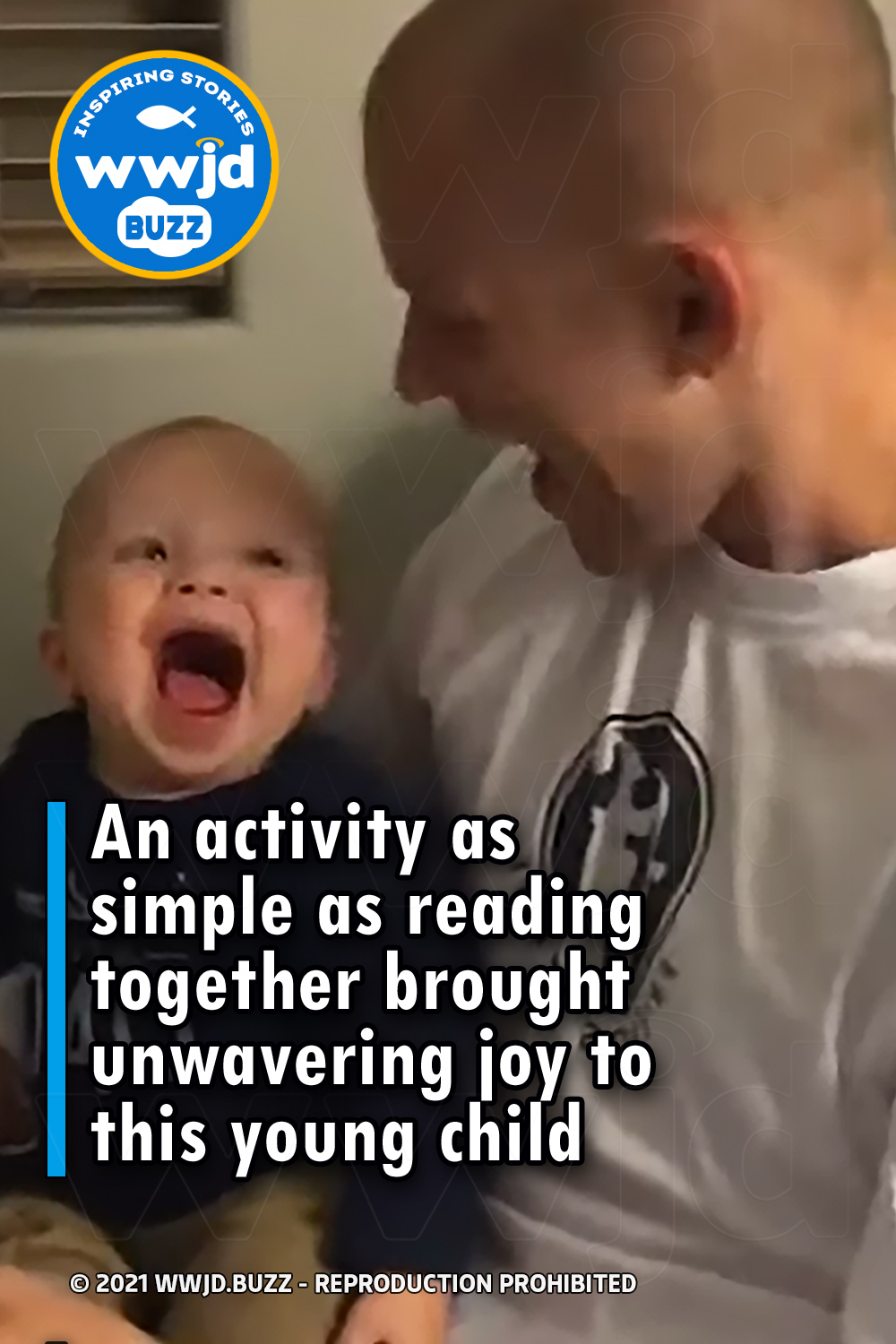