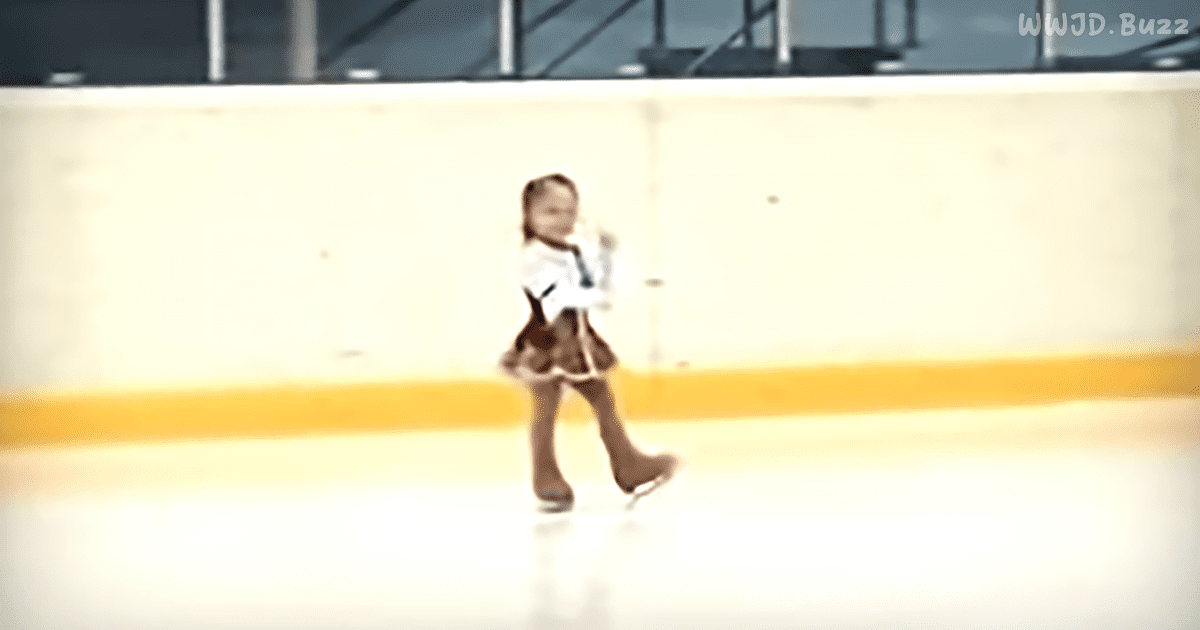 Professional figure skaters, with their grace and perfect timing, make it look easy. But it isn’t. After all, people aren’t born knowing how to fly across the ice on narrow metal blades. It takes years of intensive training and a lot of practice — a lot more than two years.

A typical two-year-old is really only just learning how to walk. They can walk around obstacles, more or less. Perhaps climb up and down stairs, sort of. A two-year-old might be able to balance on one foot, although only briefly and often taking a tumble. On a good day, he or she might even get a tricycle moving. A two-year-old can barely hold a crayon. But ice skating?

An adorable two-year-old girl in Russia is already well on her way to mastering the art and science of ice skating. Perhaps the country’s famously harsh winters encourage its people to get an early start on winter sports. But this little one has seen, at most, only two winters in her entire life. She hasn’t taken to the air yet — no salchows, loops or axels — but she’s got some of the basics nailed down. Oh, and did we mention she’s only two?

In the video we’ve posted below, you’ll see this amazing little girl come bounding out from the sidelines and sail across the ice, already able to do it on just one skate. She looks great in her traditional-style dress, and she also looks like she’s having a lot of fun. There are plenty of adults who can only stop by smacking into a wall, but this two-year-old stops effortlessly, snapping around and striking a pose. She has us wondering what the minimum age is for the Winter Olympics.